Great Point seeks to raise £200MN to support UK streaming | Media Investment | Business
By continuing to use this site you consent to the use of cookies on your device as described in our privacy policy unless you have disabled them. You can change your cookie settings at any time but parts of our site will not function correctly without them. [Close]

Said to be looking to tap into the booming streaming market, London-based investment trust Great Point is reportedly aiming to finance productions made for Netflix, Apple and BBC. 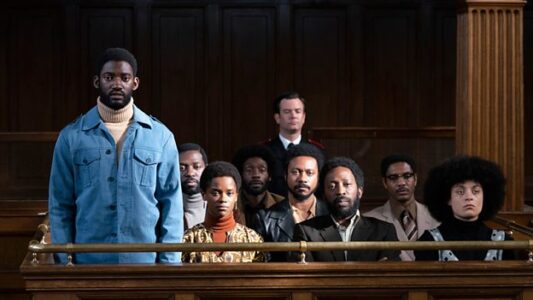 Great Point was founded in 2013 and boasts over 150 years of experience in entertainment media, over 400 film and television production credits and has produced, financed and distributed over £2 billion of content. In October 2020 the company announced that it had taken over the Seren Studios complex in Cardiff, three months after unveiling plans for the construction of a state-of-the-art film and TV production studio in Buffalo, New York. Most recently,  Oscar-winning filmmaker Steve McQueen’s highly-anticipated Small Axe film anthology, backed by an EIS-qualifying company managed by Great Point, has begun a run on the BBC.

According to a report in the Financial Times, the investment trust dedicated to independent film and television finance, will now be seeking to raise between £200 and £250 million, and eventually up to £1 billion, despite what the report says are doubts over investor appetite for such offerings. If the move is realised the company would be the first to float in London with a remit to bankroll content made for broadcasters and streaming services.

The FT found that Great Point CEO Jim Reeve was confident his found, backed by his media advisory group, could secure investment by focusing on secured, low-risk lending to independent productions promising to offer institutional investors a net yield of about 6%. “The space we’re in is really a flexible financier for content creators to be able to get their projects financed efficiently, quickly and attractively in terms of cost,” he said. “What we’re not is a sort of equity punter, taking a bet on [a movie] and hoping for the best.”

The report suggested that a typical deal would offer £10–£15 million to productions with budgets in the £40 million range. The main risks were said to be in delivery, either in the event of a film-maker being unable to complete a project on time or on budget, or the buyer being unable to pay for the film or TV show.