Corus closes sales of 300 hours of programming | Deals | News | Rapid TV News
By continuing to use this site you consent to the use of cookies on your device as described in our privacy policy unless you have disabled them. You can change your cookie settings at any time but parts of our site will not function correctly without them. [Close]

In a new high for the global premium content provider which develops, produces and distributes original lifestyle, unscripted and factual content, Corus Studios has continued to expand its slate of owned programming. 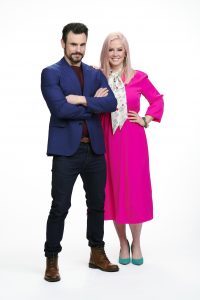 Claiming to have been on an “incredible” trajectory of sales within the past six months with landmark deals around the world including the US, Asia, Australia, Israel and Poland among places, the company has announced that it is presenting an ever-growing library of content of new and returning series for international distribution having closed sales of over 300 hours of content worldwide.

On the heels of Corus Studios selling over 85 hours of home and food content to HGTV and Food Network in the US and garnering ratings acclaim in that market, Island of Bryan (Renovation Island) has made more waves, with the firm selling Season 1 and 2 to Poland’s Canal + Polska and Scott’s Vacation House Rules (Vacation House Rules) (13×60’) travels to Australia’s Nine Network. As food competition series begin their run in the U.S. market, The Big Bake (18×60’) also arrives in the United Kingdom on ITVBe and fiery-BBQ series Fire Masters lands in Poland (Canal + Polska).

“This has been a breakout year for Corus Studios,” remarked Colin Bohm, executive vice president of content and corporate Strategy. “Strong ratings of our series airing internationally show our family-friendly, light-hearted series connect with audiences, and have become even more coveted in today’s climate as viewers look to sit back and relax with feel-good television. [The deals are] a testament to the quality of our content, our storytelling and our ability to generate compelling characters that appeal to audiences around the world.”