Eurovision to return in 2021 with 41 countries taking part | Programming | News | Rapid TV News
By continuing to use this site you consent to the use of cookies on your device as described in our privacy policy unless you have disabled them. You can change your cookie settings at any time but parts of our site will not function correctly without them. [Close]

Eurovision to return in 2021 with 41 countries taking part

Public broadcasters from 41 countries have confirmed that they will take part in the Eurovision Song Contest when the world’s biggest live music event returns next year. 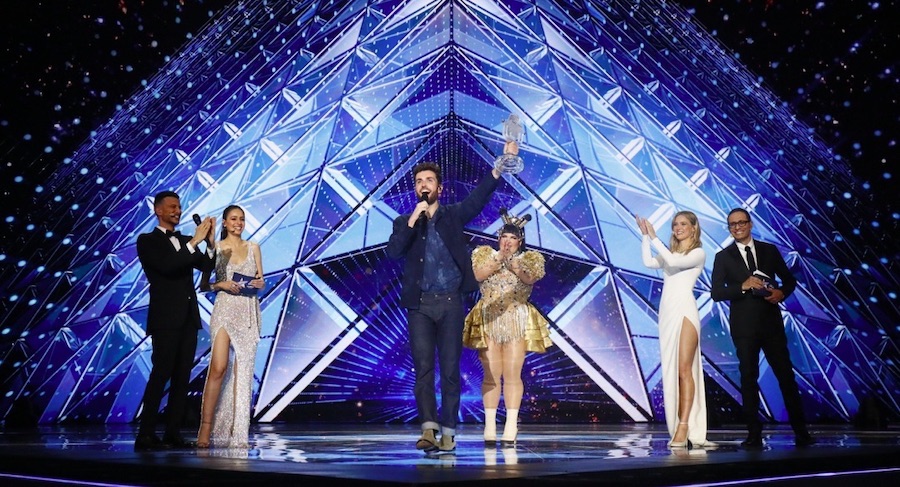 Following the cancellation of this year’s event due to the coronavirus pandemic, the 65th contest, organised by the European Broadcasting Union (EBU) and its Dutch members NPO, NOS and AVROTROS, will be held at Rotterdam’s Ahoy Arena on 18, 20 and 22 May 2021.

The EBU revealed in September that, in response to the pandemic, it has been working on four scenarios for hosting the competition including a socially distant event and ones with travel restrictions on all or some of the participants. A decision will be made on what the 65th Eurovision Song Contest will look like early next year.

“We have the exact same line-up of countries that would have competed in 2020 and we are thrilled that they will all return next year. Together with our host broadcasters we are continuing to develop the four different scenarios and maintaining a dialogue with all participants. The team from NPO, NOS and AVROTROS are working hard on ensuring the Eurovision Song Contest will provide the excitement and innovation expected by over 180 million viewers, despite the challenging circumstances.”

Of the 41 nations taking part, 35 will compete in two semi-finals with 10 successful acts from each semi-final joining the Big 5 (France, Germany, Italy, Spain, UK) and hosts the Netherlands in the grand final.

Sietse Bakker, executive producer event for the 2021 Eurovision, said: “It is fantastic that the same 41 countries that would have taken part this year still want to come to the Netherlands in May 2021.

“This demonstrates their confidence in our country still being able to organise a successful Eurovision Song Contest in Rotterdam next year, after the cancellation of the 2020 edition. We have set the bar high to create three amazing live shows for an audience of 180 million people, even in these challenging times. To achieve this, we are working on an extensive protocol that guarantees the health of employees, participants, the press and visitors as much as possible.”