Q320 results in highest single quarter of global TV shipments | Media Analysis | Business
By continuing to use this site you consent to the use of cookies on your device as described in our privacy policy unless you have disabled them. You can change your cookie settings at any time but parts of our site will not function correctly without them. [Close]

A 20% increase in TV demand in North America, as well as the fact that TV brands had deferred their shipment schedules in the first half pf the year due to Covid-19 have further compounded the effects of the third-quarter cyclical upturn to result in 62.05 million unit shipments says research from TrendForce. 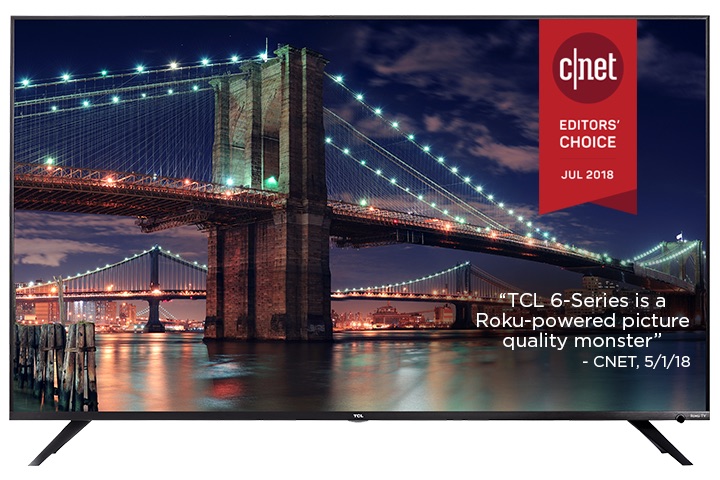 This says the analyst is a record high for quarterly TV shipments and represents a 38.8% increase quarter-on-quarter (QoQ) and 12.9% increase year-on-year (YoY). Moreover the research predicts that the good news will carry on over to the fourth quarter.

With regards to TV sales in North America, TrendForce noted that the onset of Covid-19 in March 2020 resulted in unexpectedly longer stay-at-home times for the general public, in turn raising their engagement levels with, and demand for, TVs, starting in April.

Total TV sales for the January-August period in North America grew by 20% this year compared with sales for the same period in 2019, boosting the shipment performances of brands such as Samsung, TCL, Vizio, Hisense and LG.

TCL (pictured) was singled out for attention, with the study noting that he company has been aggressively expanding in the overseas markets in recent years by optimising its costs through the vertical integration of its in-house panel and TV production lines. TCL is also said to have benefitted from the stay-at-home economy brought about by the pandemic, which led to a massive growth of consumer demand for small- and mid-sized mainstream TV sets. As a result, TCL’s TV shipment in Q320 reached 7.33 million units, a 29% increase QoQ and 52.7% increase YoY, ranking it as the industry leader.

TrendForce believes that if market demand for TVs remains high throughout the quarter, TV brands will likely continue their efforts to reach their yearly shipment targets while simultaneously expanding their market shares. TV shipment is projected to increase by 4% QoQ in Q420, reaching up to 64.53 million units. This will in turn contribute to total yearly shipment for 2020, projected at 216.09 million units, a 0.8% decrease YoY.

The study also found that TV panel prices are likely to maintain their uptrend in Q420 following a 50% price hike for 32-inch panels in Q320, creating considerable cost pressure for TV brands.