ViacomCBS International Studios launches distribution arm | Major Businesses | Business | News | Rapid TV News
By continuing to use this site you consent to the use of cookies on your device as described in our privacy policy unless you have disabled them. You can change your cookie settings at any time but parts of our site will not function correctly without them. [Close] 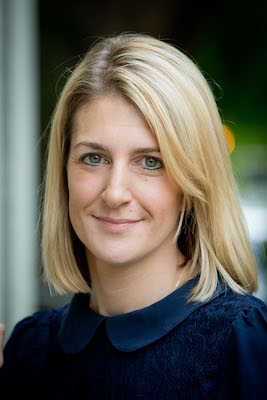 The new ViacomCBS International Studios Distribution will encompass all studio sales business including co-productions, presale, formats, tape sales and co-developments. Under the unified structure, the company’s former IPS (international programme sales) division, which previously focused on tape and format sales for network-branded content outside Latin America including the Nickelodeon library and MTV formats will now be combined with VIS’s sales division, which previously focused on VIS original content revenues only.

The new division is designed to play an integral part in supporting ViacomCBS’s larger studio and media networks businesses. The streamlined sales division will aim to ensure access to broad content distribution rights across all platforms and will promote a centralised leadership structure to ensure timely, efficient processes that better serve clients worldwide. Distribution leads within each cluster will lead content sales specialists, who will also focus on co-pros and pre-sales.

Effective immediately, Lauren Marriott (pictured) has been appointed as senior vice president of sales and business operations and distribution lead for the UK to head ViacomCBS International Studios Distribution while Laura Burrell will serve as vice president, international formats. In her new role Marriott will drive a central strategy to expand VIS’s sales and distribution by collaborating closely with ViacomCBS Media Networks in the US and VCNI’s international brands, including Nickelodeon, MTV, Comedy Central and BET.

Commenting on the role and ambitions, she said: “As a one-stop- shop for all for all content, our sales division will support crucial priorities across our studio and media networks business. I look forward to this new chapter and helping support VIS’s growth and diversification as we continue to become a key competitor in the global content business.”

Burrell, who joined ViacomCBS in 2009, will oversee the continued growth of VCNI and VIS’s format libraries. She will focus on increasing revenue from third party format sales, co-productions and pre-sales, in addition to supporting VCNI’s local channel format adaptations. She will also oversee an increased portfolio that now includes all scripted and non-scripted titles, including those from Telefe, Awesomeness TV and Ananey. She will also be responsible for multi-territory and strategic third party format deals, while overseeing sales in all territories worldwide. She will lead on the development of global rollout strategies for new formats to ensure success and visibility of all properties. In her new role, Burrell will be the key point person for all format-related business for VCNI and VIS.