SMPTE VC-6 video production codec standard published | Infrastructure | News | Rapid TV News
By continuing to use this site you consent to the use of cookies on your device as described in our privacy policy unless you have disabled them. You can change your cookie settings at any time but parts of our site will not function correctly without them. [Close]

Video compression solutions provider V-Nova has announced that after a peer review process, the VC-6 video codec has now been fully ratified and published by the Society of Motion Picture and Television Engineers (SMPTE). 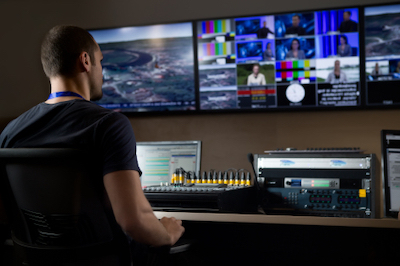 SMPTE VC-6 (ST-2117) is the new mezzanine codec designed to optimise and accelerate a wide variety of production workflows. It is said to be the first video codec to leverage artificial intelligence as part of its approach to compression, which is not based on transforms such as DCT or wavelet. Instead, VC-6 employs a hierarchical series of S-Trees and achieves its compression by reusing the same structures at different resolutions. This capability is said to make the codec extremely fast when implemented in software.

VC-6 is said to offer advantages over technologies like Apple ProRes and DNxHD including multi-resolution and region-of-interest decoding. Its AI-powered hierarchical approach is said to mean that full-resolution full-quality proxies are intrinsically available as part of the format as is region of interest decoding. This is said to reduces the demands placed upon data transfer and decode processing, while VC-6’s compatibility with all major industry container formats like MXF and QuickTime means it can be easily incorporated into workflows.

In terms of use cases, V-Nova noted that the codec’s efficiency means that it is ideally suited to 4K and 8K production, in particular, overcoming the significant production challenges of the latter. VC-6 allows users to capture in 8K from RAW and never have to cross-convert to other resolutions. Instead, VC-6 can provide proxies automatically and enable editing at multiple resolutions all from a single file. The initial use cases also show reductions in 8K processing by requiring 12.5% of the full resolution, up to 60% reduction of disc access for 4K files, and 2-4x faster decoding than existing ProRes-based solutions.

“With 4K and 8K production becoming the norm, the demand for intelligent and scalable video compression technology has never been more acute,” said Guido Meardi, CEO and co-founder of V-Nova. “Standardisation by SMPTE confirms that VC-6 is the most innovative solution to these new production challenges. We look forward to introducing the capabilities of VC-6 to this important market.”

VC-6 is already shipping as part of V-Nova’s P.Link for contribution and remote production application, whilst the company is currently working on a multi-platform SDK and cloud service deployment of VC-6 expected to be made available via an Early Access Programme later this year.