Apple TV+ announces Ghostwriter Season 2 | Programming | News | Rapid TV News
By continuing to use this site you consent to the use of cookies on your device as described in our privacy policy unless you have disabled them. You can change your cookie settings at any time but parts of our site will not function correctly without them. [Close]

After the debut run won a Daytime Emmy Award win for Outstanding Children’s or Family Viewing Programming, Apple TV+ has confirmed 9 October as the release day for the sophomore season of Ghostwriter. 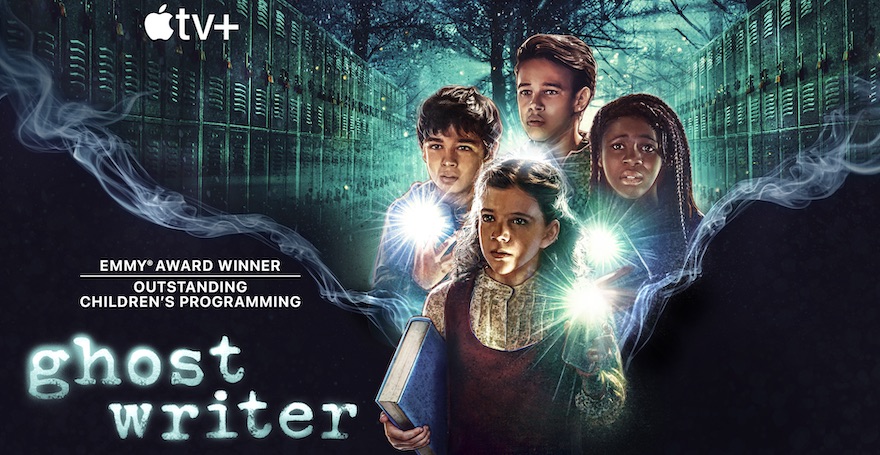 The series is a reimagining of the 1992 hit series from Sesame Workshop. The modern-day Ghostwriter maintains a city-based, multicultural cast, inviting children ages 6-11 to see themselves on screen as they learn to appreciate a range of new and classic literature. In its second season, the series’ young heroes work to save their bookstore and discover the true identity of the Ghostwriter while introducing audiences to fresh tales like Malia and the Magic Paintbrush and The Cobalt Mask, and familiar literary characters including Dr. Watson of Sherlock Holmes fame.

Other family-first offerings on Apple TV+ include the award-winning series Helpsters, also from Sesame Workshop, Snoopy in Space from Peanuts, Fraggle Rock from The Jim Henson Company. Upcoming new series for kids and families that will also soon premiere on Apple TV+ Doug Unplugs from DreamWorks Animation, and Stillwater from Gaumont and Scholastic Entertainment.