NESN turns to The Switch for live TV content, 4K HDR delivery | Infrastructure | News | Rapid TV News
By continuing to use this site you consent to the use of cookies on your device as described in our privacy policy unless you have disabled them. You can change your cookie settings at any time but parts of our site will not function correctly without them. [Close] 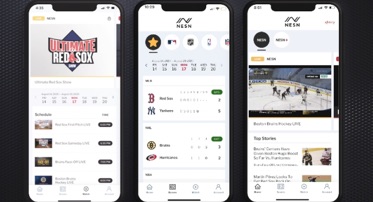 The Switch’s terrestrial distribution platform is said to offer NESN a fully integrated, state-of-the-art solution inclusive of next generation video compression, encryption, receiver management and control and the redundant transmission network. During every game, The Switch provides live monitoring from its New York City Network Operations Centre (NOC) along with 24/7/365 network operations and engineering support.

The deal, which builds on a decades-long relationship between the two organisations, aims to allow NESN to ensure redundancy to its major affiliate distributors without risking the final viewing experience. Working with a trusted partner that had a deep understanding of the live sports broadcast market was critical for NESN said Fahad Haider, CTO and VP of engineering.

“Reliability is vital to these affiliates and our fans, so delivering a seamless transition from satellite to this next-generation platform was crucial. We are now in a position to utilise the best capabilities of fibre and internet to ensure the highest possible signal quality for live broadcasts and we have now laid the important groundwork to deliver our broadcasts in 4K HDR.”