MENA SVOD market set to grow by 148% over next five years | VOD | News | Rapid TV News
By continuing to use this site you consent to the use of cookies on your device as described in our privacy policy unless you have disabled them. You can change your cookie settings at any time but parts of our site will not function correctly without them. [Close]

There will be 27.16 million paying subscription video-on-demand (SVOD) customers for 20 countries in the Middle East and North Africa by 2025, up from 10.95 million recorded at the end of 2019, says a study from Digital TV Research. 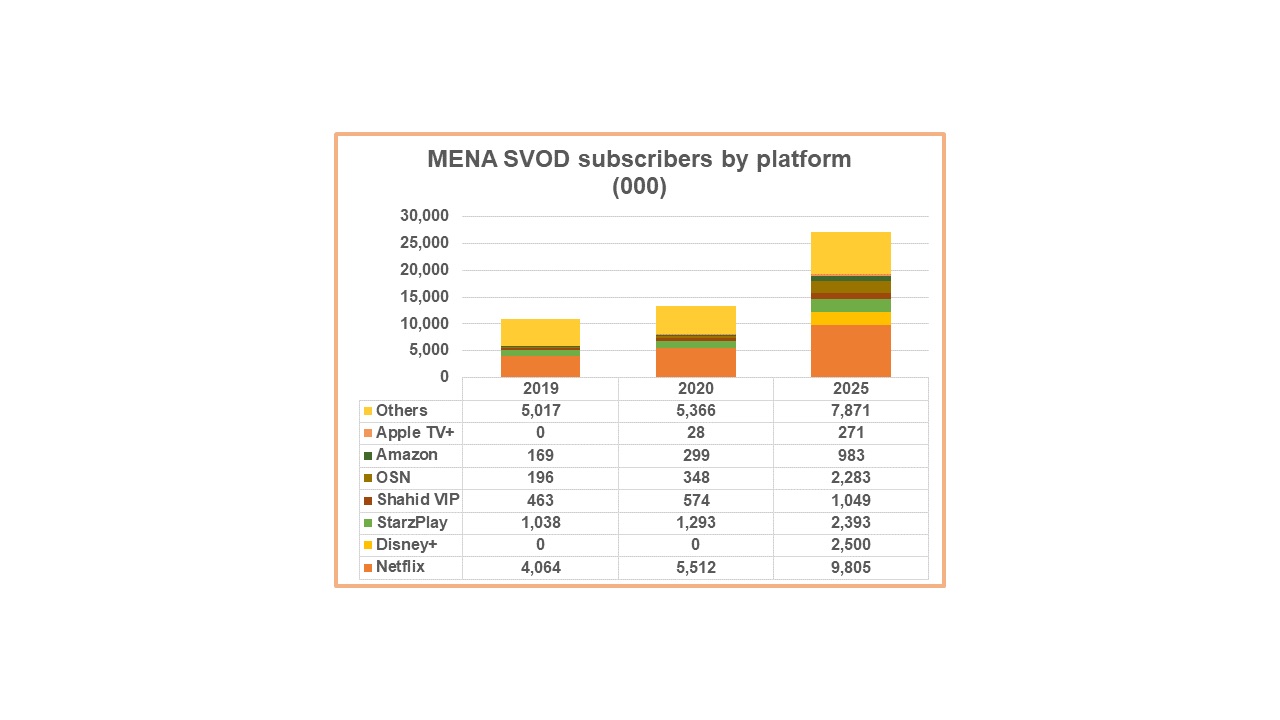 The Middle East and North Africa SVOD Forecasts report calculated that there will be 12.27 million subscriptions across 13 Arab countries by 2025. This is triple from 4.13 million in 2019 – faster growth than for the rest of the region. In addition, it showed that Turkey will remain the country leader, with 11.30 million subscriptions by 2025.

In terms of what SVOD platform will be watched, the study showed that Netflix would remain the platform leader by some distance – more than doubling its subscriber total to 9.81 million by 2025. Its share of the MENA total will remain at around 36%. About half of Netflix’s MENA subscribers will be in the Arab countries. Over the course of the next five years, Netflix is projected to bring in 5 million subs, followed by StarzPlay (2.39 million) and OSN (2.28 million). These three platforms will generate 78% of the Arab total by 2025.

The Middle East and North Africa SVOD Forecasts report added that Disney+ would likely be less of a competitor to Netflix as Disney signed a long-term distribution deal in the Arab countries with OSN. Digital TV Research also noted that OSN also has exclusive deals with HBO and Paramount+ in the region.
Tweet