BT extends platform reach of sports app | Pay-TV | News | Rapid TV News
By continuing to use this site you consent to the use of cookies on your device as described in our privacy policy unless you have disabled them. You can change your cookie settings at any time but parts of our site will not function correctly without them. [Close] 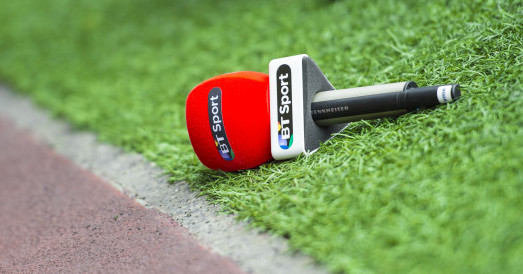 In addition to the Premier League, BT Sport is also bringing fans coverage of Premiership rugby, MotoGP, boxing and UFC. The app is now available on a wide range of large screen devices and platforms which also include Samsung smart TV, NOW TV, Sony PlayStation, Xbox, Google Chromecast and Apple TV, as well as mobiles, tablets, BT TV, Sky, TalkTalk and Virgin Media. Existing BT Sport customers with access to the app for large screen devices can access BT Sport on the new devices and platforms at no extra cost, allowing them to watch live, catch-up and on-demand sport, and, have a second screen to watch two livestreams simultaneously.

BT Sport customers who have the necessary BT subscription plus a 4K capable Fire TV, Roku streaming device, or, one of the 4K devices running Android TV such as selected TV sets manufactured by brands including Sony, Panasonic, Philips and Hisense, will be able to access BT Sport Ultimate, a channel providing regular live sport in 4K with High Dynamic Range (HDR).