The Voice becomes ratings top shout in Europe | Ratings/Measurement | News | Rapid TV News
By continuing to use this site you consent to the use of cookies on your device as described in our privacy policy unless you have disabled them. You can change your cookie settings at any time but parts of our site will not function correctly without them. [Close]

Multiple versions of the global franchise The Voice have secured strong ratings in in key territories across Western Europe. 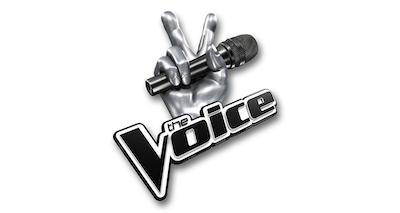 The Voice franchise, consisting of The Voice (2010), The Voice Kids (2012) and The Voice Senior (2018) currently has a total of 121 adaptations across the globe, making it, claimed creator ITV Studios, the biggest and most successful format brand in the non-scripted global marketplace to date.

ITV Studios says that in the UK, 3.7 million viewers tuned in to watch Justine Afante from Pixie Lott’s team being crowned the winner of The Voice Kids 2020. The new season is claimed to have had strong ratings, with an average of almost 4 million viewers and a market share of 33.8% in the key demo (16-34) each week.

In the Netherlands, the 3rd season of The Voice Senior launched on RTL4 last Friday night with stellar ratings. The heart-warming show with vocal veterans, age 60 and older, captivated 1.3 million viewers and scored a market share of 27.5% in the key demo (25-54). The Voice Senior is locally produced by ITV Studios Netherlands.

The seventh season of the kids version of The Voice premiered last Saturday on TF1 in France and also kicked off super strong. The first two episodes achieved a 27.3% share in the key demo of those under 50 and secured 3.6 million viewers. The show is locally produced by ITV Studios France.