US consumers spend $15.1BN on home entertainment in H1 2020 | Ratings/Measurement | News | Rapid TV News
By continuing to use this site you consent to the use of cookies on your device as described in our privacy policy unless you have disabled them. You can change your cookie settings at any time but parts of our site will not function correctly without them. [Close]

They may have been subject to stay at home orders that prevented them from going to stores and cinemas, but US video consumers did not stop buying because of the Covid-19 pandemic, the opposite in fact finds research from the Digital Entertainment Group (DEG). 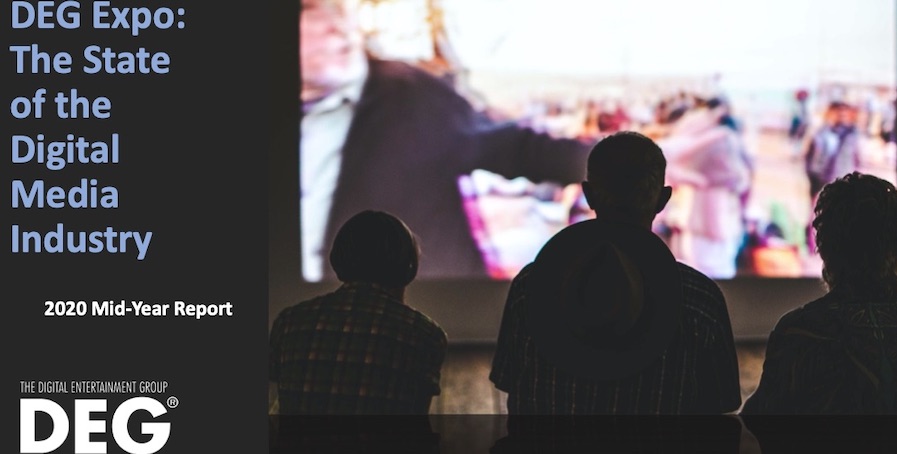 Indeed the study found that the stay-at-home orders fuelled demand for most home entertainment formats beginning in late-March with demand for theatrical releases was strong across all digital formats. Not only did numerous wide-release movies debut early at home but also cost-conscious consumers rediscovered DVDs.

Looking at the digital section in more depth, consumers spent $3 billion on electronic sell-through (EST) and video-on-demand (VOD) transactions in the first-half of 2020, driven by wide release movies, theatrical catalogues and the TV category. EST spending alone was up 57% year-on-year in the second quarter alone, after a modest 13% in Q1. For the half year, EST spending was up 33% annually after what DEG called robust growth in consumer consumption of theatrical titles – up 48% in Q2 and 26% for first half – and TV content, where on an annual basis consumption rose 72% in Q2 and 47% for the first half as a whole.

And similar to other surveys, DEG found that consumers were readily embracing consumer streaming options. Compared with 20-19, DEG's half year round-up revealed subscription streaming was up 32% and 42% for Q1 and Q2 2020 respectively, and 37% for the six-month period.