Eleven Sports Portugal nets three year extension to LaLiga rights | Deals | News | Rapid TV News
By continuing to use this site you consent to the use of cookies on your device as described in our privacy policy unless you have disabled them. You can change your cookie settings at any time but parts of our site will not function correctly without them. [Close]

Just as it was currently broadcasting the UEFA Champions League final rounds on home soil in Lisbon, Eleven Sports Portugal has extended its partnership with LaLiga Santander for the next three seasons. 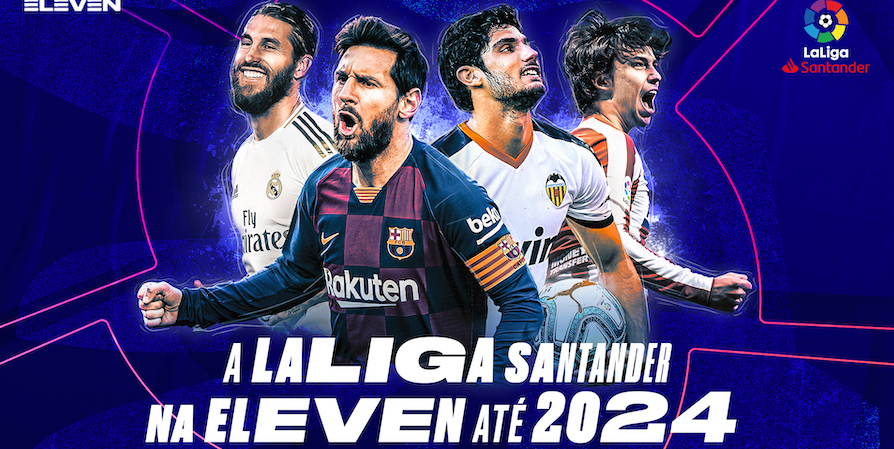 In a double-whammy top class Spanish football, the sports broadcaster has also secured exclusive rights to LaLiga SmartBank and will broadcast over 100 games a season from the Spanish second league.

The deal, commencing at the kick off of the 2020/21 season in September will see subscribers in Portugal able to enjoy coverage of Spanish football across ELEVEN’s OTT and linear channels. Action will encompass all top flight action including the El Clásico meetings to following the progress of Portuguese stars João Félix, Francisco Trincão, Nelson Semedo, William Carvalho, Hernani, Ruben Vezo, Rui Silva, Domingos Duarte and others.

Commenting on renewing the deal with the Spanish broadcaster, Melcior Soler, Director of Audiovisual, LaLiga, said: "Eleven Sports is a strategic partner for LaLiga in Europe and the renewal of our agreement with them in Portugal is a true reflection of this. We have three seasons ahead of us to continue growing together in Portugal and to offer the best live football to Portuguese fans.

Jorge Pavão de Sousa, managing director of Eleven Sports Portugal, added: “Over the past two seasons we have worked closely with LaLiga to develop a fantastic value proposition for Spanish football fans, and we want to continue to build on that now and deliver for fans in the years ahead. LaLiga is one of the most exciting competitions in the world and is a natural fit for our portfolio of premium rights here in Portugal, which also includes the UEFA Champions League and F1. We are committed to growing our offering in Portugal and this new partnership with LaLiga is an important step in that journey.”