My Entertainment launches premium content division | VOD | News | Rapid TV News
By continuing to use this site you consent to the use of cookies on your device as described in our privacy policy unless you have disabled them. You can change your cookie settings at any time but parts of our site will not function correctly without them. [Close]

Ramping up its content business, New York-based production company MY Entertainment (MYE), has launched a new premium content division, One Foot Forward Entertainment, and has already made its first high-profile hire. 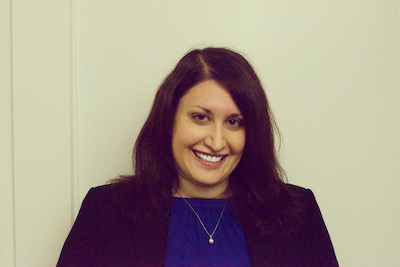 While One Foot Forward Entertainment focuses on the booming premium-content marketplace, the company say that with its new move it will continue to produce its successful non-scripted entertainment under the MY Entertainment brand.

Renowned executive and producer Joanna Zwickel (pictured) is on board as the new division’s head of development, reporting to MY Entertainment president Michael Yudin and Joe Townley, chief operating officer and executive producer. In her new role, Zwickel will oversee MY Entertainment’s move into premium content targeted at all major streaming services. Zwickel joins MY Entertainment from MRC Studios, where she served as vice-president of TV development.

Commenting on her appointment, Zwickel said: "I have long been impressed by the forward-thinking leadership at MY Entertainment — and that has never been more obvious than in these challenging times. Michael and his team have maintained a thriving business model, while allowing room to change and grow as the industry continues to pivot towards streaming. I’m thrilled to join Michael’s team and excited about launching a premium content division to produce fresh and original programming with top-tier talent."

Yudin remarked: “MY Entertainment has evolved over the years from the days of producing for only three national networks, through some of the first ever branded entertainment successes, navigating 500 cable channels and now an infinite number of platforms and devices to consume content. We have always been able to successfully answer the call to supply quality “sticky” content that has proven to be rating successes whatever the requirement. We are therefore thrilled to have Joanna lead us into the world of streamers, where we believe we will continue in this same tradition.”
Tweet