FreeCast brings QVC, HSN networks to SelectTV | Deals | News | Rapid TV News
By continuing to use this site you consent to the use of cookies on your device as described in our privacy policy unless you have disabled them. You can change your cookie settings at any time but parts of our site will not function correctly without them. [Close]

Continuing the momentum that it has built up for the platform over 2020, FreeCast has announced a deal with Qurate Retail Group to bring the QVC and HSN shopping channels to its SelectTV platform and SmartGuide-powered streaming hub. 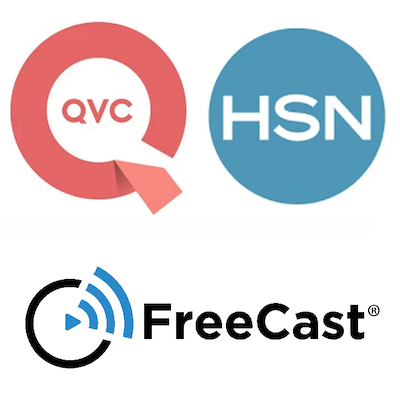 “We know first-hand the value and the appeal of an engaging retail experience through broadcast and video,” said FreeCast CEO William Mobley, commenting on the significance of bring the new channels to SelectTV. “Our company has sold millions of products directly through television spots and in retail under the ‘As Seen on TV’ banner and currently, infomercials for SelectTV are airing across the country. The opportunity to learn about and buy products is still a vital part of the television medium, and we’re happy to have these well-known networks on our service.”

The upshot of the deal says FreeCast is that brands and businesses will be able to create content, or even entire channels, and distribute them at what is said to be a “very low” cost. Those channels can be monetised via traditional advertising or can serve their own commercial purposes via sponsorships or content marketing promotions.

Over the course of 2020, as it moves towards an IPO, FreeCast has been forging deals content providers, beefing up its executive team and working to build monetisable relationships that it says will go beyond simply directing users to externally-hosted content.