HITN claims unprecedented ratings growth during Q2 | Ratings/Measurement | News | Rapid TV News
By continuing to use this site you consent to the use of cookies on your device as described in our privacy policy unless you have disabled them. You can change your cookie settings at any time but parts of our site will not function correctly without them. [Close]

Leading Spanish-language channels HITN-TV is claiming to have experienced significant increase in viewership during the second quarter of 2020 following the coronavirus outbreak with programming that informs, educates, and entertains Spanish-speaking families. 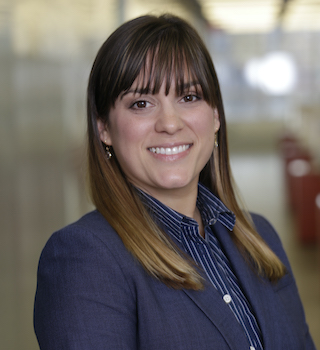 According to Nielsen rankings, HITN TV has seen major increases during various dayparts, including daytime, early fringe and prime, with an average of around 35% year over year. The ratings are said to represent record growth and since the crisis erupted in March, HITN’s programming delivery has been on the rise week after week. In particular, cornerstone programmes such as, Al Descubierto and Centro Médico have broken viewership records in April.

HITN says that as the weeks go by, the need to stay informed about the pandemic has been balanced with “the audience’s need for a breather.” This says the channel is demonstrated in the audience peaks reached in April by nature programs such as Planeta Helado, Mundo Salvaje con Ron Magill, Animales Maravillosos, Tesoros de Asia, Historia de la Vida, Planeta Selva, and Felinos, all of which are part of the television block Tu Planeta.

The company says that one of its ‘most outstanding successes’ has been that of the Vida y Salud brand (Life and Health). In mid-March, HITN launched its Covid-19 campaign to provide real time informative content about the coronavirus and this included the #YoMeQuedoEnCasa, stay at home campaign. In addition, the VidaySalud.com website continuously provided updated information on the Covid-19 pandemic, daily primetime reports and informational capsules to help families navigate during the pandemic.

“As expected, the viewership levels we have seen during this period of social distancing reflect how important television is as a primary source for information and entertainment. At HITN we are incredibly proud to provide Hispanic homes an extraordinary offering of factual entertainment that keeps the entire family company during this time of crisis”, said Erika Vogt-Lowell, director of programming and acquisitions for HITN (pictured).

“Our programming and production teams have been working very hard throughout this crisis to bring reliable and useful information, as well as much needed entertainment to thousands of viewers across the nation.”