Studio Dragon, Skydance Television sign first co-production project | Programming | News | Rapid TV News
By continuing to use this site you consent to the use of cookies on your device as described in our privacy policy unless you have disabled them. You can change your cookie settings at any time but parts of our site will not function correctly without them. [Close] 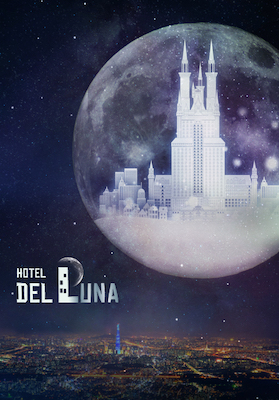 Hotel Del Luna is a fantasy romance that features an elite hotelier who becomes the manager of the eponymous establishment , a mystical hotel that only caters to spirits at night, after stumbling upon a fateful event. The series was a one of the biggest hits of 2019 in the Asian territory.

Studio Dragon produced the original series, which aired on tvN from July to September of 2019 and the adaptation will be a joint development and production with Skydance TV, the television scripted division of Skydance Media.

The project is the first of its kind following CJ ENM/Studio Dragon and Skydance Media’s strategic partnership launch on February 2020. This envisaged the joint development, production and investment in film, scripted and unscripted television series, as well as animation. During the Covid-19 pandemic, the companies have been actively developing a series of project, with Hotel Del Luna being the first one to attach a writer.

Alison Schapker, showrunner for Skydance Television’s Altered Carbon, will develop and serve as executive producer of the series along with Miky Lee, Jinnie Choi, Hyun Park of CJ ENM/Studio Dragon and David Ellison, Dana Goldberg and Bill Bost of Skydance.

“We are thrilled to have Alison lead the adaptation of Hotel Del Luna, hopefully our first of many co-development projects with Skydance,” said Hyun Park, head of Studio Dragon’s Global Division. “We believe Hotel Del Luna will enhance the reputation of Korean storytelling around the world by showcasing the global appeal of our local stories.”

“At its core, Hotel Del Luna is a spectacular visual fantasy grounded in a story about the importance of human connection, lost loves and unfinished business,” added Skydance Television president Bill Bost.” We are excited to be partnering with Alison and Studio Dragon to bring this timeless story to a global audience.”