New public image for Sphere Media | Major Businesses | Business | News | Rapid TV News
By continuing to use this site you consent to the use of cookies on your device as described in our privacy policy unless you have disabled them. You can change your cookie settings at any time but parts of our site will not function correctly without them. [Close]

Sphere Media has been revealed as the new principal brand of the firm formerly known as Datsit Sphere, a company that has been involved in the creation, production and distribution of audiovisual and cinematographic content for over 35 years. 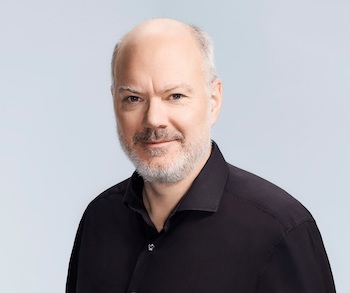 The new corporate identity and image for Sphere Media, along with those of its subsidiaries, BGM, GO Films, Oasis Animation, Sienna Films, Sphere Media Distribution and WaZabi Films, has been created to reflect the group’s dynamic strategy and sustained growth in recent years.

The company says that the Sphere Media brand is underpinned by the company’s values of innovation, creation, synergy and leadership with a mission to continue to make its mark as a Canadian and global audiovisual industry leader.

The expansion is said to have allowed the company to increase its capacity in the creation, production and distribution of audiovisual and cinematographic content, ranging from documentaries to scripted projects, including 2D animation, variety shows, magazine programs, game shows, major events and feature films, for all audiences, locally and throughout the world.

“The Sphere Mediabrand, accompanied by those of BGM, GO Films, Oasis Animation, Sienna Films, Sphere Media Distribution and WaZabi Films, will allow us to pursue our growth and to achieve synergetic milestones in the creation and production of original content for Canadian and international markets,” explained Bruno Dubé, president and chief executive officer of Sphere Media (pictured).

“Our new corporate and visual identity expresses the shared values of our group, and a clear creative vision in all audiovisual segments and on all markets, particularly with series…as well as feature films…We intend to derive full benefit from these exceptional accomplishments by our creators and producers as we make further progress with our original offerings in all content categories and in all marketplaces.”