Virgin Media sees lockdown leap in broadband traffic growth | Ratings/Measurement | News | Rapid TV News
By continuing to use this site you consent to the use of cookies on your device as described in our privacy policy unless you have disabled them. You can change your cookie settings at any time but parts of our site will not function correctly without them. [Close]

Three months after lockdowns were mandated in the UK, the country’s sole cable provider Virgin Media has revealed the extra strain that its business and entertainment network was put up by the many millions more people working at home. 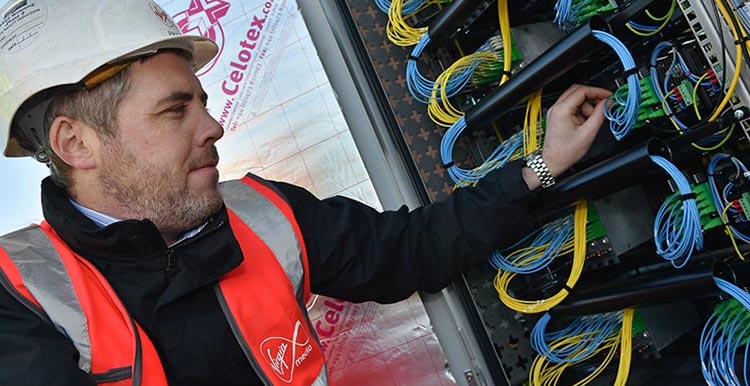 Indeed Virgin Media calculated that UK households have downloaded an extra 325GBytes on average during the commencement of the UK lockdown in March 2020, so far making use of their ultrafast speeds. This means that since lockdown started, every Virgin Media broadband customer has downloaded an extra 3.4GB of data per day on average when compared with download levels in February 2020, the month before lockdown measures began.

Virgin noted that this was enough additional usage for every customer to watch two films or around 3.5 hours of Netflix video every day, in addition to how they used their broadband before the emergency period.

During the busiest week of the lockdown, Virgin Media said customers were downloading a third more data than before, burning through an extra 32.5GB compared to February. With that much additional broadband use, an average consumer would be able to stream more than 40 hours of standard definition video, receive more than 5,000 emails and listen to than 700 hours of music.

This extra activity means that in total, the average user has downloaded an extra 325GB of data since lockdown started on top of what they’d normally use. April was the busiest month on record for Virgin Media’s network, with usage in May only just behind that.

Virgin Media’s usage data was found to vary significantly between regions. Consumers in London have made the biggest shift to consuming content online and have been downloading 20 per cent more throughout the emergency period. Meanwhile, Wales has seen the smallest change with just 10% growth in download traffic. Virgin Media’s customers in Northern Ireland top the table for overall peak use while Scottish customers download the least of all the UK regions during the busiest 20:00-22:00 period.

Moreover, the new normal pattern suggests easing of lockdown measures is only leading to a small decline in data use. Yet despite increased demand, Virgin Media says that its network remains resilient with what the provider says is ‘ample’ capacity.

“Despite a surge in demand as people have relied on their broadband more than ever, our network has proved itself reliable and resilient and helped keep people connected to loved ones, work and entertainment,” commented Jeanie York, Virgin Media’s chief technology and information officer. “This is a new dawn for broadband usage; the way people use their connectivity has irrevocably changed and we expect Covid-19 will have a lasting impact on patterns of data consumption.”