Imira inks kids’ content carriage deal with AMC TV Hungary | Deals | News | Rapid TV News
By continuing to use this site you consent to the use of cookies on your device as described in our privacy policy unless you have disabled them. You can change your cookie settings at any time but parts of our site will not function correctly without them. [Close]

After entertaining kids in Asia, the world of girl brand series Filly Funtasia is all set to open up in Eastern Europe as its distributor Imira has signed a deal with Hungarian television major AMC TV for its transmission. 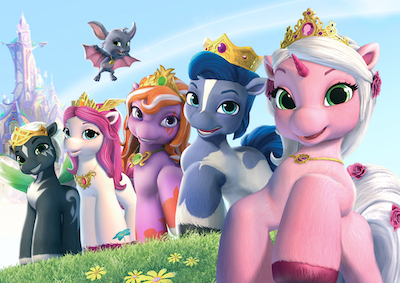 The Filly brand, with its legacy of 13 years in the market and millions of toys sold, has a tremendous fan base and debuted recently in China as the number one animation series for girls and number two for all animation on the Chinese video streaming platform iQiyi.

The Filly world aims to convey important messages on teamwork, mutual respect and remaining curious. Imira is a leading distributor and producer of kids and family entertainment content for the global TV and digital marketplace.

The Spain-based Imira  is the distribution arm of the multinational entertainment organization Toonz Media Group.