UKTV young viewers turn to classics during lockdown | Ratings/Measurement | News | Rapid TV News
By continuing to use this site you consent to the use of cookies on your device as described in our privacy policy unless you have disabled them. You can change your cookie settings at any time but parts of our site will not function correctly without them. [Close]

Research from UKTV has revealed a 55% volume increase in 16-34 viewers during lockdown with April marking the British pay-TV provider’s best share of commercial impacts (SOCI) performance for this demographic in six years. 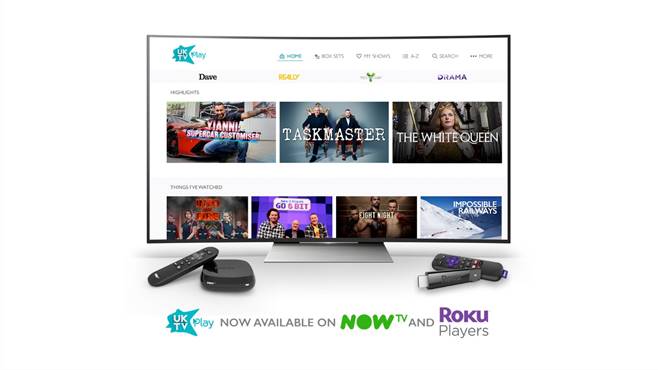 UKTV claims that it is outpacing television’s general upward viewing with classic shows such as The Vicar of Dibley, Only Fools & Horses and Gavin & Stacey featuring in UKTV’s top 10 linear shows for 16-34s, alongside UKTV’s original titles such as Red Dwarf: The Promised Land, Hypothetical and Meet The Richardsons. Early data for new UKTV Original Big Zuu’s Big Eats, which premiered on the Dave channel in mid-May, revealed that 47% of its audience falling into the 16-34 age bracket.

UKTV added that its network was reaching a higher volume of young people more frequently with weekly reach up 22% and daily reach up 37.8%. Entertainment channels also seen saw SOCI gains in recent weeks with Dave said to be the biggest non-PSB owned channel for 16-34s. Dave and Gold have each increased their 16-34 profiles by three percentage points (to 19% and 16% respectively). Overall, the network has added 0.70 of a SOCI point during the lockdown period with its share of commercial impacts rising to 8.25% (an increase of 9%).

As well as linear viewing, the company’s on-demand service, UKTV Play, has seen a 16% volume increase in 16-34s using the platform and a 27% increase in views to the service overall. During lockdown UKTV has also seen viewers moving to its social channels, with social media mentions up 555% vs. pre-lockdown. Dave’s newly launched TikTok channel hTikTok channel has locked over 1.6 million views for one video alone, and engagement on Twitter and Facebook is up by 202% and 149% respectively.

“Television can bring great comfort in these troubled times. We’re staying at home and the news is bleak, but escapist, entertaining and comforting TV can bring great joy,” remarked UKTV CEO Marcus Arthur. “It’s heartening to see younger viewers discovering iconic shows that have stood the test of time and are just as funny and engaging today as they were years ago.”