Sky Crime takes Woodcut Media doc series | Programming | News | Rapid TV News
By continuing to use this site you consent to the use of cookies on your device as described in our privacy policy unless you have disabled them. You can change your cookie settings at any time but parts of our site will not function correctly without them. [Close] 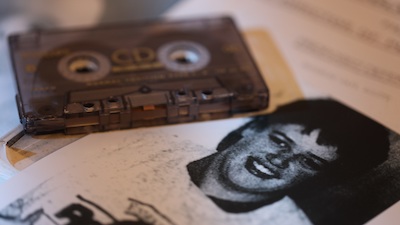 Currently in production, the 3 x 60’ series looks at how in 1993, a shy, unassuming young nurse went on to receive 13 life sentences for the murder, attempted murder and grievous bodily harm of a 13 children which took place during the space of 59 days whilst working on a ward at Grantham and Kesthevan Hospital, Lincolnshire in 1991, making her one of Britain’s most notorious female killers.

The series re-examines her crimes and the impact they had on all those affected. It encompasses the experience of the investigators who brought her to justice, to the parent whose child had a very lucky escape encounter with Allitt, to the medical professionals seeking legitimate explanations for the inexplicable deaths, through to the impact on the families of the victims, as well as the survivors physically and mentally scarred by their experiences.

The programme features Allitt’s interview-under caution police interviews, most of which have never been heard before, and news archive of the time alongside forensic expert analysis in a bid to understand the psyche of the murderer. Witness and expert testimony also recount Allitt’s seemingly normal childhood, uncovering the warning signs.

“We are delighted to have secured this commission with Sky Crime,” said Matthew Gordon, executive producer, Woodcut Media. “When Allitt’s crimes were finally revealed, the public was stunned at how such a young paediatric nurse could commit such horrific acts. The interview tapes give fascinating insights into the mind of this enigmatic killer and drive the unfolding narratives across the three hours.”