Gangs of London storms ratings | Ratings/Measurement | News | Rapid TV News
By continuing to use this site you consent to the use of cookies on your device as described in our privacy policy unless you have disabled them. You can change your cookie settings at any time but parts of our site will not function correctly without them. [Close]

Sky original drama Gangs of London has made a smash and grab on Spring ratings drawing a seven-day cumulative audience of 2.23 million viewers for its opening episode, making it second biggest original drama launch ever for the pay-TV provider’s drama channel Sky Atlantic. 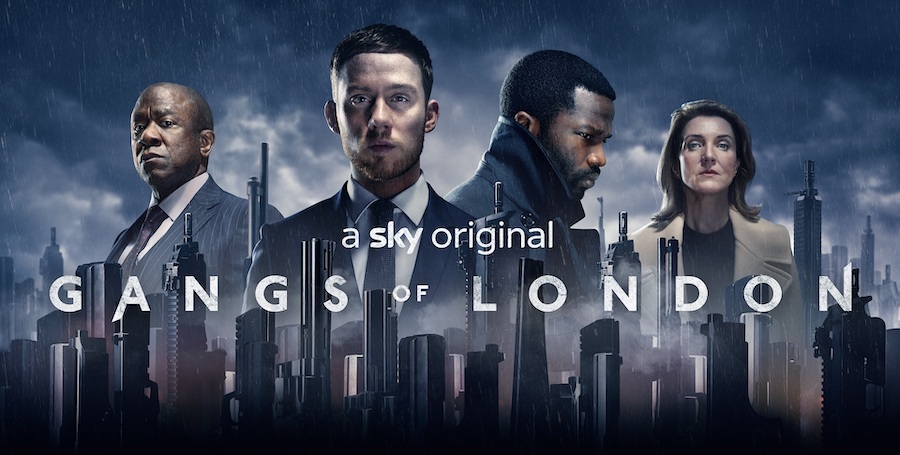 The programme tells the story of a UK capital rent by power struggles among its many gangs of different origins when the head of London's most powerful crime family is assassinated.

The ratings are based on BARB 7-day cumulative data for Gangs of London episode 1, collected on transmissions from 22–29 April. This includes linear viewing, catch up, VOD and repeats and is recorded across all compatible Sky devices. The drama is also Sky’s most binged show this year with 997,000 choosing to watch to the ninth and final episode of the series within two weeks, and which has already increased to 1.26 million as the series pushes into its third week. There have been over 16.6 million downloads across the series so far.

The show already sits on an IMDB score of 8.6, earning it a place in IMDB’s top 20 most popular shows this year.

Commenting on the popularity of the programme, Cameron Roach, director of drama and Sky Studios, said “We are delighted by the response to Gangs of London and to have brought Gareth Evans' unique cinematic vision to the small screen for the first time. This epic saga, with family at its heart and visceral action-packed fight sequences has taken audiences on an immersive journey into the underbelly of London’s modern-day criminal underworld. The record-breaking results are testament to Sky’s ongoing commitment to innovation and championing the very best of bold, British drama.”

Gangs of London is produced by Pulse Films in association with Sister for Sky Studios with all episodes available to watch on Sky and NOW TV now.