BGM wins new TVOkids commission for Abby’s Farm | Deals | News | Rapid TV News
By continuing to use this site you consent to the use of cookies on your device as described in our privacy policy unless you have disabled them. You can change your cookie settings at any time but parts of our site will not function correctly without them. [Close]

Toronto-based content-creation company BGM has announced a new commission from TVOkids for a new pre-school show with the working title of Abby’s Farm. 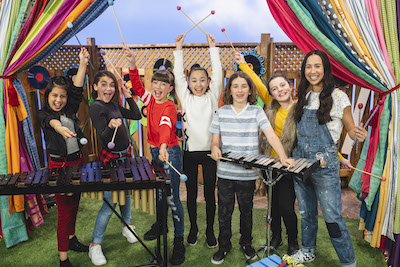 The 30 x 7’ series was ordered by the director of Kids TV at TVO Marney Malabar and will be exec produced by Malabar for TVOkids, and Daniel Bourré, Sean Connelly and Marlo Miazga for BGM.

Aimed at three- to five-year-olds, the series explores daily life on a working farm from the perspective of six-year-old Abby. An adventurous and confident girl, Abby introduces her young viewers to her friends, neighbours and community, sharing her love of farming, nature and animal care. From milking cows to learning how corn is planted, each episode focuses on a different farming-related activity — and because Abby also loves to count, each show also revolves around a different number.

Commenting on the deal, TVO director of Kids TV Marney Malabar said: “We’re so excited to introduce Abby’s Farm to our viewers. By familiarising them with the importance of farming, the environment and community at this young age, the show will help kids develop the awareness they need to become more conscientious adults.”

Marlo Miazga, the new CEO of BGM following its acquisition by Datsit Sphere, added: “Abby’s Farm throws the spotlight on an industry and a lifestyle that’s often overlooked in our increasingly urban world. It’s important for kids to know how the food they eat arrives on their plate, particularly at a time when sustainable food production is so high on the global agenda. Once again, TVOkids has commissioned a great show that will entertain, educate and engage young audiences.”

In associated news, 26 x 11’ Backyard Beats (pictured) will premiere on 20 May on TVO where it will run twice a week on Mondays and Wednesdays. The new series, billed as a fun-filled fusion of music and crafting, will also be available for streaming on TVOkids.com.