Fugitive establishes content partnership with Gil Formats | Deals | News | Rapid TV News
By continuing to use this site you consent to the use of cookies on your device as described in our privacy policy unless you have disabled them. You can change your cookie settings at any time but parts of our site will not function correctly without them. [Close] 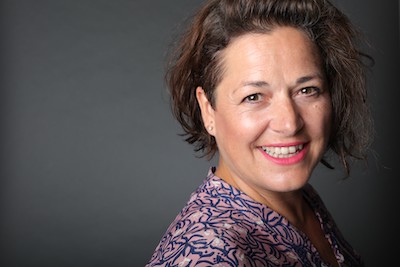 The new deal, struck directly with Assaf Gil by Fugitive’s Merrily Ross, sees Fugitive pick up the rights to a number of Gil’s new formats and represent them exclusively in the UK.

Founded by Assaf Gil, Gil Formats is responsible for creating shows such as Pregnant and Platonic (BBC Two and Nelonen, Finland), Life on Duty (Channel 10, Israel and Cuatro, Spain), Capturing the Moment (five international adaptations including ZDDFneo, Germany and EiTB, Spain) and Prank Star (Italia 1). It is sister company to Gil Productions, which is responsible for producing the Israeli versions of international hit formats such as Married At First Sight, Masterchef, Come Dine With Me and Strictly Come Dancing. The company is currently working on a local version of The Masked Singer.

The new titles as part of the deal include Good Cop Bad Cop, a comedy gameshow with a ‘roast’ element, which sees a celebrity have their reputation interrogated by two comedians; Generation Sensation, a big family entertainment show for primetime, and This is England, a factual format that sets out to discover what ordinary people really think about the hot topics of the day and whether this differs to how stories are covered in the media.

Commenting on the deals, Fugitive’s Merrily Ross (pictured) said: “Assaf is somewhat of a legend in the formats’ world and has a golden touch when it comes to creating and delivering great ideas that are not only brilliantly thought through for producers and broadcasters but also compelling and entertaining for audiences. His latest format ideas continue to tick all those boxes, and I am excited to begin taking them out to UK producers and broadcasters.”

Gil himself added: “Having worked with Merrily on several occasions over the years, not least on Come Dine with Me, it is wonderful to be working together again. Her extensive experience of format sales, development and production – coupled with her in-depth knowledge of the market, sizeable contacts book, and great passion for these new projects - will hopefully ensure that they are well received and find homes with the best possible UK partners.”