StudioCanal takes full stake in Tandem/ StudioCanal TV | Media Investment | Business
By continuing to use this site you consent to the use of cookies on your device as described in our privacy policy unless you have disabled them. You can change your cookie settings at any time but parts of our site will not function correctly without them. [Close] 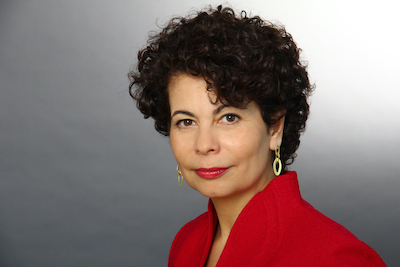 Explaining the rationale for on taking total control of the producer, StudioCanal CEO Anna Marsh said: “Upping our stake will benefit the continued growth of our global television production and distribution businesses. Rola is an excellent partner and incredibly talented executive and has strongly contributed to the development of StudioCanalTV over the past eight years. On behalf of StudioCanal, I would like to extend our sincere thanks to Rola for her hard work and tremendous dedication.”

Following the deal, Golden Globe and two-time Emmy-nominated Bauer (pictured), a founding partner and managing director of StudioCanalTV, will maintain some high-profile series through a non-exclusive consulting deal with StudioCanal.

These include the upcoming Shadowplay, created and written by Måns Mårlind (The Bridge, Midnight Sun), produced by Tandem Productions and Bron Studios in coproduction with ZDF, NENT/Viaplay and Canal+, as well as the 12 episode dramedy On The Verge written by and starring Julie Delpy and Elisabeth Shue, a production of The Film TV and coproduced by Canal+ and Netflix.

Commenting on her new direction and role, in particular with the new projects, Bauer said that she was very much looking forward to opening a new chapter: “My aim has always been to enlighten and entertain through television that transcends the boundaries,” she added.

“Founding this company over 20 years ago and further building it, together with StudioCanal and the fantastic teams in Munich, Paris and London, led by Anna Marsh, has been an inspiring experience. It’s fulfilling to see the results, via the financing and creation of our international hit series such as, ZeroZeroZero, Safe, Years & Years, War Of The Worlds and the upcoming Shadowplay. There has never been a better time to be in the international content business, creating and connecting platforms for our future economic recovery.”