Sky takes minority stake in Longboat Pictures, opens up box sets | Media Investment | Business
By continuing to use this site you consent to the use of cookies on your device as described in our privacy policy unless you have disabled them. You can change your cookie settings at any time but parts of our site will not function correctly without them. [Close] 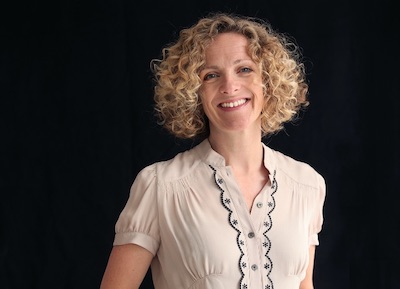 Based in London with connections to LA talent, Longboat Pictures was founded in 2019 by Julie Anne Robinson and Victoria Fea and has a team that boasts many years’ experience in drama and comedy development, direction, producing and commissioning. Robinson directed both theatre and TV shows in the UK such as Blackpool and Coming Down the Mountain and has worked across comedy and drama as both director and producer on shows such as Nurse Jackie, Orange is the New Black, Grace & Frankie and The Good Place. Fea was Senior Drama Commissioner for eight years at ITV where she was responsible for many series including The Durrells, Marcella, Victoria, Harlots, and Unforgotten as well as serials A Confession, Manhunt, Innocent and Little Boy Blue.

Under its Sky Studios arm, Sky’s investment will aim to provide Longboat with the support to accelerate its growth and become a leading international developer of TV drama. It will also enable Longboat to strengthen and expand its creative team. It will further support its ambition to become the leading force in European content production and a growing presence in the scripted drama space. Longboat will work closely with Sky Studios to develop content for distribution on the Sky platforms, and other networks.

Commenting on the deal, Sky Studios CEO Gary Davey said: “Longboat Pictures has a wealth of expertise and experience in the drama field, both in the UK and US. We’re excited to be joining forces with them in this new partnership and bringing viewers world-class, engaging shows.

In a joint statement, Robinson and Fea (pictured) added: “We are very happy to be collaborating with Sky Studios at such an exciting time in their development. The world needs entertaining stories more than ever at the moment, and we are looking forward to creating them in our new partnership.”

In the consumer play, from 8 May, all Sky customers will be able to binge top TV box sets as part of a new ReWatch campaign which will include programmes such as Game of Thrones, Chernobyl, Parks & Recreation and Intelligence.

ReWatch is designed to help ease boredom and offer some escapism while the country is still in lockdown. The box sets will become available throughout May and June, as well as exclusive and Sky+, Sky Q and Sky Go customers will be able to access on-demand content from Sky History, Sky Nature and Sky Documentaries once these channels launch later this month.