Normal People takes BBC Three to its best week ever | Ratings/Measurement | News | Rapid TV News
By continuing to use this site you consent to the use of cookies on your device as described in our privacy policy unless you have disabled them. You can change your cookie settings at any time but parts of our site will not function correctly without them. [Close]

Normal People takes BBC Three to its best week ever

What has been the most-talked about drama of lockdown UK, Normal People, has become BBC Three’s breakout hit, driving the digital channel to its best week ever for programme requests on iPlayer, more than doubling the previous record. 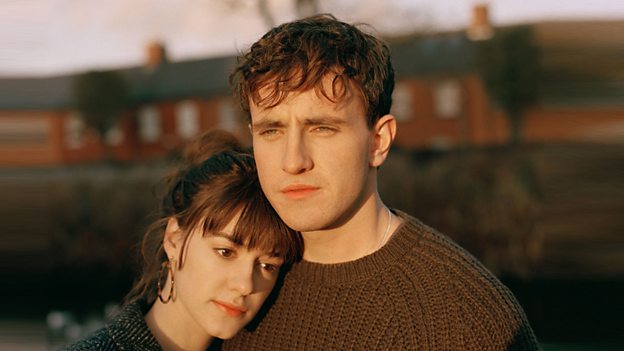 The 12 x 30' drama, adapted from Sally Rooney’s novel of the same name and produced by Element Pictures, and starring Paul Mescal and Daisy Edgar-Jones as Connell and Marianne, has been a hit with audiences and critics alike and has received over 16.2 million requests for the series in its first week of availability, with nearly five million requests from 16-34s.

In the seven-day period since the series premiered on BBC iPlayer on Sunday 26 April, total requests for BBC Three programmes stands at over 21.8 million. Of all the iPlayer requests for BBC Three, Normal People makes up for over 70%of the total and according to signed-in data, a quarter of all accounts requesting it have already watched the whole series. The previous record for BBC Three was 10.8 million total requests in a week, following the release of the first series of the award-winning Killing Eve in 2018.

Commenting on why the drama has been such a success and why so many people have come to iPlayer to watch it, BBC Three controller Fiona Campbell said: “From the initial read-through, the phenomenal thought and preparation the directors put into everything from the aesthetics and locations through to the costumes, we felt this incredible piece would always be unique, and it's clear the audience thinks so too,” said “It’s a modern masterpiece which has helped in catapulting the careers of two brilliant young actors, and we’re looking forward to bringing more drama to BBC Three in the future.”

Piers Wenger, controller of BBC Drama, and Rose Garnett, director of BBC Films, added: "BBC audiences have been bewitched by the story of Connell and Marianne, just as we were after reading the transcript of Sally’s extraordinary novel. Taking Normal People from script to screen has been an incredible experience and we’re overwhelmed by the response. Lead writers Sally and Alice, directors Lenny and Hettie, all the team at Element Pictures and of course Daisy and Paul should all be so proud of what has been achieved.”