Covid-19: premium VOD surges but suppliers pace content availability | VOD | News | Rapid TV News
By continuing to use this site you consent to the use of cookies on your device as described in our privacy policy unless you have disabled them. You can change your cookie settings at any time but parts of our site will not function correctly without them. [Close]

On the back of the surge in streaming viewing generated by the mass lockdowns in countries around the world, premium video-on-demand (PVOD), that is the showing of films on an when they would have been show in cinemas, is growing but studios are cautious of totally adopting the new distribution method. 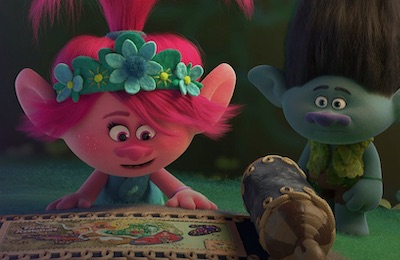 According to research from Ampere Analysis, Titles expected to gain the very largest international box office revenues have not been released on PVOD. Ampere found that the box office titles expected to make roughly over $700 million globally — such as include Wonder Woman 1984, Disney’s Mulan and the latest Bond movie, No Time to Die — were being delayed rather than being released on PVOD. By contrast, slightly lower-earning major releases expected to take between $400 million and 750million — have been split between being pushed onto PVOD, or delayed.

The study found that genre was a big factor in this decision. In the US, a third of households go to the cinema and buy digital films online. That analysis calculated that these homes are more than 40% likely to have young children and have become the current sweet spot for PVOD titles now.

Ampere added that almost every major studio release that was expected to earn in the $100 to $300 million range was published straight to PVOD. It noted that Trolls World Tour (pictured) has made $100 million so far through its PVOD release, compared with the original Trolls film which earnt just over $150 million at the US box office. It noted that due to the higher proportion of revenues a studio receives via the PVOD model, NBC has made more money in the US from this release. So despite a lower overall gross revenue than cinema, PVOD has been more profitable for NBC.

Looking at the regions where PVOD was taking off, the research showed that in markets such as the US, UK and across Europe, digital transactions are more common and PVOD is a viable model. However, Ampere also found that nearly two-fifths of all current box office revenues come from markets such as China, Brazil and India, where digital transactions are dwarfed by box office. It argued that for big international releases, a PVOD model was unlikely to be adopted in all major markets.

Commenting on the study, Ampere Analysis research director Ed Border, said: “We wait to see the long-term impact of lockdown, but it is likely that some cinema chains will close, while social distancing will limit audiences for a period of time. This creates a window of opportunity for further PVOD experimentation. Longer-term, having a viable alternative to cinema in many larger markets will create pressure on cinema chains - which studios may use to try to gain a bigger portion of box office receipts.”
Tweet