Coronavirus: UK PSBs appeal to Government for support for freelancers | Major Businesses | Business
By continuing to use this site you consent to the use of cookies on your device as described in our privacy policy unless you have disabled them. You can change your cookie settings at any time but parts of our site will not function correctly without them. [Close]

Coronavirus: UK PSBs appeal to Government for support for freelancers

With the uncertain financial fate of the country’s freelancers due to Covid-19, a significant number of whom work in the nation's creative sectors, the UK’s public service broadcasters have collectively ask the Government to work with them to support such workers during this unprecedented period. 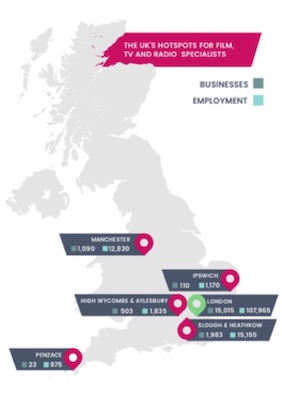 The executives reminded Sunak that UK creative industries now contribute over £100 billion to the UK economy and that the UK film and television production sectors in particular were a vital and growing area of the UK, growing at five times the rate of the UK economy as a whole. They added that of the creative workers in film and TV in the UK, half of those engaged in screen production were freelancers, arguing that the global success and reputation of the UK creative industries depended on such workers.

The statement said: “The very nature of the freelance community is that they do not have a single anchor employer; they work for the industry as a whole across TV and film, which makes them particularly vulnerable in current circumstances and therefore worthy of government support. We are aware of the communication that you have received from various trade bodies and unions representing the freelance sector in the UK creatives industries and we would also urge the Government to take measures to protect the long term health of the UK creative industries, by providing a package of support to freelancers.”

The PSB leaders concluded by assuring Sunak that they were willing to engage with the UK government to identify a package of measures that would provide the freelance community in their industry with a level of income protection and access to statutory sick pay. This they stressed was a matter of some urgency.

The appeal to support freelances came days after Netflix announced that it was setting up a $100 million fund to help creatives who had been forced out of work due to the Covid-19 outbreak. $15 million of the fund will go to third parties and non-profits providing emergency relief to out-of-work crew and cast in the countries where we have a large production base.