Coronavirus: Tokyo Olympics postponed until 2021 | Major Businesses | Business | News | Rapid TV News
By continuing to use this site you consent to the use of cookies on your device as described in our privacy policy unless you have disabled them. You can change your cookie settings at any time but parts of our site will not function correctly without them. [Close]

In an inevitable move that has been greeted with reluctant acceptance by both sporting and broadcasting communities, the International Olympic Committee (IOC) has pushed back this year’s Tokyo games until next year. 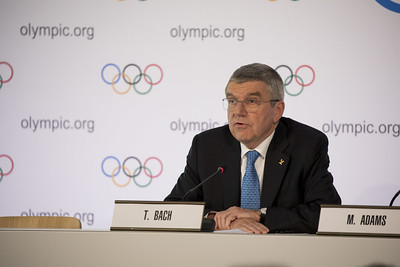 In a joint conference call discussing the constantly changing environment with regard to Covid-19 and the Tokyo games, IOC president Thomas Bach and Japan’s prime minister Abe Shinzo concluded that the Games of the XXXII Olympiad must be rescheduled to a date beyond 2020 but not later than summer 2021, to safeguard the health of the athletes, everybody involved in the Olympic Games and the international community.

From a broadcasting perspective, Discovery Inc., which holds TV and multiplatform broadcast rights in Europe for the 2018-2024 Olympic Games, showed its support for the decision.

In a statement the company said: “Discovery fully supports the IOC and the Tokyo 2020 Organising Committee’s plan to stage the Olympic Games in 2021 and to make every effort to ensure the well-being of spectators, athletes, staff and the international community. Our essential planning and deliverables are complete and will now shift into next year. We will continue to develop our products and offerings to best serve our customers and marketing partners in 2021.”