Datsit Sphere continues acquisition spree with Sienna Films | Major Businesses | Business
By continuing to use this site you consent to the use of cookies on your device as described in our privacy policy unless you have disabled them. You can change your cookie settings at any time but parts of our site will not function correctly without them. [Close] 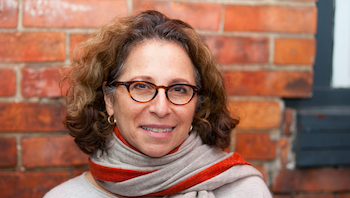 Helmed by producers Jennifer Kawaja and Julia Sereny, Sienna was founded in 1992 to create premium entertainment from distinct perspectives. Globally minded since inception, the company’s first production was a co-production with the UK’s Channel 4 and October Films. The company has grown into one of Canada’s pre-eminent English language narrative producers.

In the past few years Sienna has been behind some of the top TV series produced in Canada including four seasons of Cardinal for Bell Media/Hulu/BBC4/Canal+, and three seasons of Ransom for Corus /CBS, both of which have aired in over 100 territories worldwide. Upcoming is the first season of supernatural inspired drama series Trickster for CBC and APTN.

With the acquisition of BGM and now Sienna Films, Datsit Sphere believes that it can now realise its ambition for expansion into the global market and become a world leader in the creation of dramatic content. “We are proud to welcome the exceptional talent of Jennifer Kawaja and Julia Sereny and of all Sienna team to our company,” said Datsit Sphere president and CEO Bruno Dubé. “The addition of Sienna Films to our talented and creative team..will give us to opportunity to increase our production capacity in scripted television and feature films, for which the demand is growing rapidly around the world.”

Jennifer Kawaja (pictured) said: ‘Sienna has always produced stories from diverse creators and filmmakers that take us into highly specific worlds. Datsit Sphere is a great platform from which to strengthen and build on the work we have done with our team. Their focus on investing in development is exciting to us.”