Alibi goes stateside with new crime drama Stumptown | Deals | News | Rapid TV News
By continuing to use this site you consent to the use of cookies on your device as described in our privacy policy unless you have disabled them. You can change your cookie settings at any time but parts of our site will not function correctly without them. [Close] 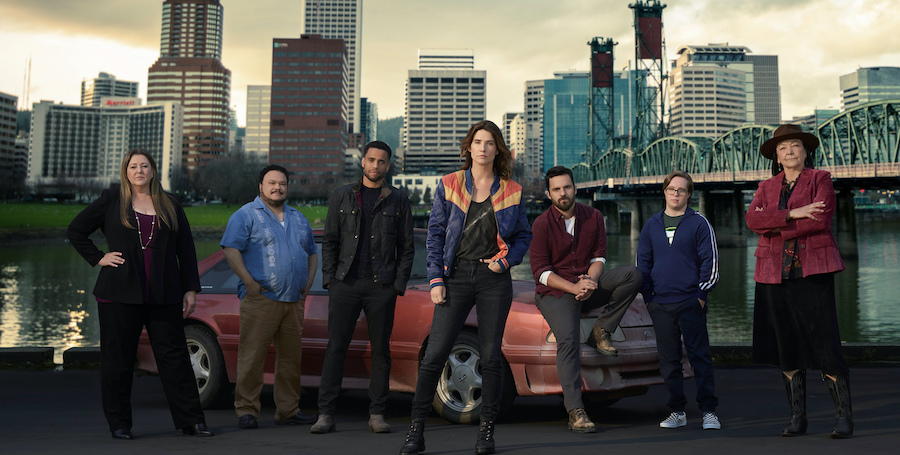 Stumptown, a nickname for the city of Portland where the series is set, follows the life of sharp-witted Dex Parios a former army veteran turned private investigator, solving problems the police can’t get involved in. Dex’s intelligence and natural instinct to do what’s right makes her perfect for the job, but her brash style and disregard for the rules often gets her in trouble. Struggling with PTSD after an explosion killed her childhood sweetheart in Afghanistan, burdened by heavy gambling debts and dealing with the responsibility of taking care of her younger brother, there is more to Dex than meets the eye.

The 18x60’ drama, produced by ABC Studios, stars Cobie Smulders (Avengers, How I Met Your Mother) as Dex and Jake Johnson (New Girl) as ex-felon Grey, Dex’s closest friend. The series will air on Alibi in the Spring.

Stumptown was adapted for TV after the success of the 2009 graphic novel series of the same name. Writer Jason Richman produces the series with Ruben Fleischer, David Bernad, the graphic novel author Greg Rucka, and graphic novel illustrators Matthew Southworth and Justin Greenwood.

The deal was brokered by UKTV’s head of acquisitions Emma Sparks and Disney Media Distribution. She commented: “I am thrilled to have acquired a new scripted package from Disney Media Distribution, including the hit US crime series Stumptown, starring Cobie Smulders. The deal confirms Alibi’s commitment to US acquisitions bringing exclusive new content and successful returning series.”

Dayna Donaldson, VP, media distribution, Disney UK & Ireland, and Nordics, added: “We are so pleased to partner with UKTV, strengthening our relationship with the broadcaster to bring successful crime drama Stumptown to UK viewers. We look forward to hearing the reaction from UKTV viewers about the hit show.”
As part of the Disney Media Distribution deal, UKTV has also picked up a third series of Harrow, starring Ioan Gruffudd and Reef Break, a 13-episode crime drama series.