Apple commissions Keshet for Uma Thurman-led drama | Programming | News | Rapid TV News
By continuing to use this site you consent to the use of cookies on your device as described in our privacy policy unless you have disabled them. You can change your cookie settings at any time but parts of our site will not function correctly without them. [Close] 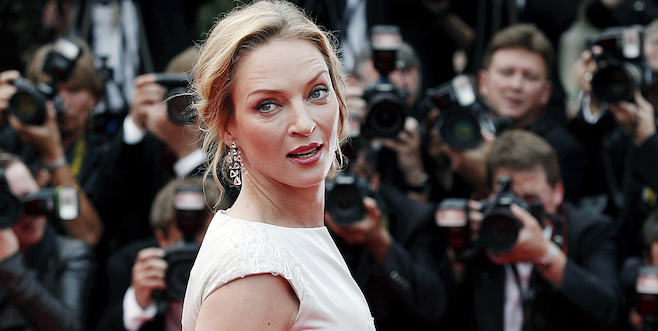 Suspicion is based on the award-winning Israeli series False Flag from Keshet Broadcasting, created by Amit Cohen and Maria Feldman. Starring Hollywood legend Uma Thurman, it is a high paced thriller about the kidnapping of the son of a prominent American businesswoman, played by Uma Thurman. 21-year-old Leo’s abduction from a large, upmarket hotel in central New York is captured on video and goes viral. Swiftly four British citizens staying at the hotel become the prime suspects. But are they guilty of any more than being in the wrong place at the wrong time?

Rob Williams will serve as showrunner on the series directed by Golden Globe winner Chris Long and will be produced by Darin McLeod. Williams and Long will also serve as executive producers on the project. Additional executive producers include Howard Burch for Keshet Productions, Avi Nir for Keshet Media Group and Anna Winger (Deutschland 83 & 86)' alongside Alon Shtruzman (Keshet International), Amit Cohen, Maria Feldman and Liat Benasuly.

The series will be produced out of the UK by Keshet Productions, Keshet International's UK production arm, and joins upcoming international Apple Originals including Trying, Slow Horses, Masters of the Air and Pachinko. Suspicion is commissioned for Apple out of the UK by Apple’s heads of worldwide video, Zack Van Amburg and Jamie Erlicht, and creative director for Europe worldwide video, Jay Hunt.