Brands, agencies, publishers dissatisfied with current digital ecosystem | Ad Tech | News | Rapid TV News
By continuing to use this site you consent to the use of cookies on your device as described in our privacy policy unless you have disabled them. You can change your cookie settings at any time but parts of our site will not function correctly without them. [Close]

Research from the consortium for developing global standards for technology application in digital media, AdLedger, has found that 92% of respondents believe there is a need for industry-wide standardisation while just 6% of brands, agencies, and publishers are satisfied with the current digital advertising ecosystem. 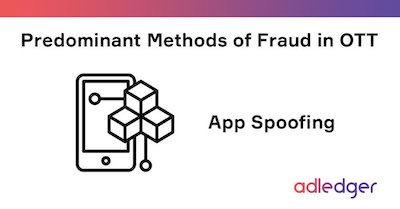 The study, conducted in partnership with advanced TV advertising solutions company MadHive, a founding member of AdLedger, surveyed 100 brand marketers, agencies and digital publishers to understand the current and future states of adtech from key stakeholders across the ecosystem.

In addition to the call for standardisation and general dissatisfaction with the current ecosystem, the survey found that 83% of respondents believe cryptography can be used to create transparencies and efficiencies, most often agreeing that cryptography could improve problems associated with fraud (66%) and the ability to track results (66%). A further 72% believe the industry will see significant integrations in the next five years.

“Digital advertising is still suffering from the same issues of transparency, fraud and fragmentation,” said Christiana Cacciapuoti, executive director at AdLedger commenting on the research. “And it’s because we just keep slapping band-aids on a fundamentally broken system, when we need to be developing a new infrastructure that’s driven by innovative technologies.”

“Sooner or later, the industry is going to realise that this dysfunctional relationship has got to end, and the only way to fix it is with next-generation technologies,” said Adam Helfgott, CEO at MadHive. “And with blockchain and cryptography already weeding out fraud and solving similar issues on OTT, it’s only a matter of time till the industry stands together and overhauls the system.”