Recession set to see LATAM market lose 5MN pay-TV subs | Pay-TV | News | Rapid TV News
By continuing to use this site you consent to the use of cookies on your device as described in our privacy policy unless you have disabled them. You can change your cookie settings at any time but parts of our site will not function correctly without them. [Close]

A study from Digital TV Research has found that the Latin American pay-TV sector has been hard hit by recession with the total number of subscribers falling by 4 million in 2019. 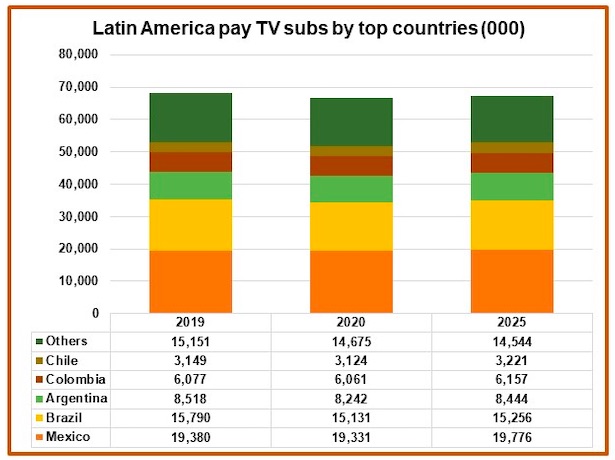 The analyst projects in the Latin America Pay TV Forecasts report, that by 2025 the market will have 67 million customers, five million fewer than in the peak year of 2017. Digital TV Research found that two operators account for nearly half of all Latin American pay-TV subscribers. América Móvil had 12.30 million subscribers, mostly under its Claro brand,) and DirecTV/Sky had 20.68 million subs by end-2019.