Connected TV presents large opportunity for brands | Ad Tech | News | Rapid TV News
By continuing to use this site you consent to the use of cookies on your device as described in our privacy policy unless you have disabled them. You can change your cookie settings at any time but parts of our site will not function correctly without them. [Close] 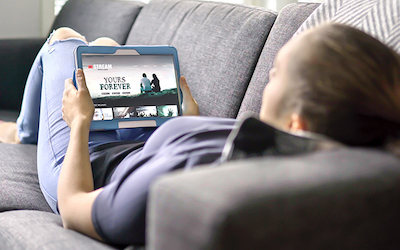 Valassis surveyed more than 1,000 consumers over the age of 18 in the US to understand their use of traditional and connected TV (CTV). The survey was conducted at the end of January 2020.

The survey found that nearly three-quarters of consumers subscribed to at least one streaming TV service, and as many as 69% young consumers (ages 25-34) particularly believe of the superior nature of streaming , with 69% agreeing on the superior relevancy of connected TV (CTV) ads. Additionally, 53% of consumers used their mobile device or tablet to shop while watching TV on a streaming service, with this number rising to 74% among parents.

From an advertising perspective, Valassis said the survey showed clearly that short and entertaining ads were most desirable. Nearly two-fifths (37%) of consumers noted the maximum length of non-skippable ads they would watch without it taking away from their streaming TV experience was 15 seconds or less. Another 24% noted they were fine with 30-second ads, while only 12% and 9% said they were comfortable with 60-second and 90-second ads, respectively.

Assessing the results of the survey, Valassis said that such insights — combined with the finding that consumers are more inclined to research or purchase a product/service they see on streaming TV than traditional cable TV (52%) — present a great opportunity for brands to capture the attention of tuned-in consumers. Moreover, the firm says the findings are especially important during an event-packed year with elections and major sporting events creating increased competition and costs for traditional TV.

“As the cord-cutting phenomenon accelerates, consumers are shifting from traditional cable TV to the on-demand experience of CTV and over-the-top (OTT) media services at rapid rates,” observed Jay Webster, executive senior vice president, product and engineering at Valassis regarding the research.

“With CTV, brands can reach the TV-watching audience by interests, in-market signals, and location with digital precision. Our data clearly shows the opportunity to capture this market, which continues to grow for brands. What’s fascinating is a majority of consumers – 52% to be exact – are more likely to make a purchase based on a CTV ad than a traditional TV ad, and it is even higher for parents. So the consumer is not only choosing to be in this environment, but is also receptive to brand messages in this advertising channel.”