CuriosityStream expands LATAM presence with Millicom partnership | Deals | News | Rapid TV News
By continuing to use this site you consent to the use of cookies on your device as described in our privacy policy unless you have disabled them. You can change your cookie settings at any time but parts of our site will not function correctly without them. [Close]

Factual programming CuriosityStream has announced a distribution partnership with Latin American operator Millicom that will bring its content to over a million people in Colombia, Nicaragua, Honduras, Panama, Paraguay, Costa Rica, Guatemala, Bolivia and El Salvador. 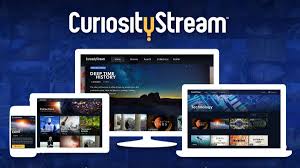 Launched by John Hendricks, the founder of Discovery Channel, CuriosityStream offers viewing options across a range of factual entertainment genres including science, history, technology, nature, society and lifestyle. CuriosityStream boasts a library of titles including original films and series not available anywhere else, like the Emmy Award-winning docu-series Stephen Hawking’s Favorite Places. Other original titles made in Latin America include My Backyard: Patagonia; Antarctica: Science Below Zero; Chungungo: The World's Smallest Otter; The Power of Sound; Spiders and Wild Chile.

Throughout 2019, the company has steadily increased its international presence through agreements it has secured with distribution partners including StarHub in Singapore, Altice in the US Totalplay in Mexico, Airtel in India, Sky TV in New Zealand, DStv’s MultiChoice in Africa, Liberty Global and Cable Bahamas.

CuriosityStream is currently available to subscribers of Millicom’s linear service in Colombia and Costa Rica with the additional launches planned for the coming months. The announcement follows the entry of the factual media service into the region in 2019 with its launch on Totalplay in Mexico.

“We look forward to providing our trademark brand of quality factual entertainment to help satisfy Millicom viewer appetites for engaging and exciting storytelling about our world and beyond,” said Clint Stinchcomb, president and CEO of CuriosityStream commenting on the new deal.