AT&T TV makes US launch | VOD | News | Rapid TV News
By continuing to use this site you consent to the use of cookies on your device as described in our privacy policy unless you have disabled them. You can change your cookie settings at any time but parts of our site will not function correctly without them. [Close]

After what has been described as a successful 13-market pilot, and now pitting itself against the likes of the SVOD giants and skinny bundles as part of a corporate pivot away from satellite, AT&T TV has launched across the US. 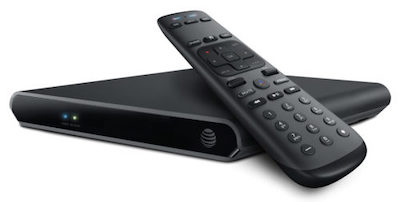 AT&T TV offers a mixture of live TV with video streaming and apps. Powered by Android TV, it includes live TV packages channels and offers access to live TV and apps with one device without having to switch inputs.

The service offers live TV packages, sports and access to more than 5,000 apps on the Google Play Store, including apps such as HBO Max when it launches in May 2020. In a use case the company says that users can switch between a live basketball game, Netflix, YouTube or listen to music without picking up a different remote or switch inputs. The company plans to integrate even more apps in the future.

There is also a cloud DVR with 500 hours of storage and users can also stream sports, shows and films virtually anytime, anywhere on the AT&T TV app on a smartphone or tablet. Users can control the whole TV experience and more by using voice with a Google Assistant.

AT&T TV vworks with a compatible high-speed internet connection and the communications operator is packaging the service as a bundle with 1 gigabit AT&T Internet for $39.99/month for video and $39.99/month for internet for 12 months with a 24-month TV agreement where available. This says the company is triple the speed at no additional cost when you bundle AT&T TV and AT&T Internet, something it says is unheard of in the industry. “Our customers told us what they want from their TV service and we built AT&T TV around that,” commented Thaddeus Arroyo, CEO of AT&T Consumer.
Tweet