Chatterbox signs first-look deal with Banijay Rights | Deals | News | Rapid TV News
By continuing to use this site you consent to the use of cookies on your device as described in our privacy policy unless you have disabled them. You can change your cookie settings at any time but parts of our site will not function correctly without them. [Close] 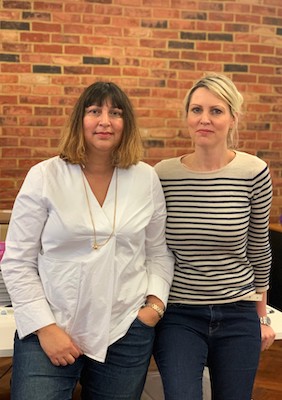 Chatterbox was founded by senior creatives Nav Raman, a former Channel 4 factual entertainment commissioning editor — whose productions included Brat Camp, Child Genius and The Unteachables — and Ali Quirk, who brings a track record in popular factual content from Gogglebox and Come Dine With Me, to Gold Rush and Sky Cops. The prodco has picked up two BAFTA Awards and a Broadcast Award for its BBC documentary, Leaving Care.

This new agreement is a result of Banijay Rights’ collaboration with the Indielab growth accelerator designed to help independent production companies achieve scale and develop their businesses. Chatterbox joins Banijays growing group of independent production partners who include, Firecrest Films, Indielab alumni Proper Content and Storyboard, as well as a co-development deal with FirstLook TV.

The first title in the deal is a BBC Three documentary, Stacey Dooley Investigates: The Whale Hunters. With access to a Norwegian commercial hunting vessel, the award winning journalist travels to the Faroe Islands to explore its contentious tradition of whale slaughter. Chatterbox has also landed a talent-led factual entertainment format and a new documentary being directed by an Oscar and BAFTA award-winning producer.

In a joint statement about the alliance, Raman and Quirk (pictured) said: “We are delighted to be working with Banijay Rights, they are great partners who will ensure our high-quality, impactful and entertaining programmes are discovered by as wide a global audience as possible.”

Banijay Rights CEO Tim Mutimer added: “Chatterbox is an exciting, innovative company, delivering fresh perspectives and new voices through a range of programmes and formats. We are excited to be working closely with the business to further extend its programming’s international reach.”