Scripps posts in strong Q4 | Major Businesses | Business | News | Rapid TV News
By continuing to use this site you consent to the use of cookies on your device as described in our privacy policy unless you have disabled them. You can change your cookie settings at any time but parts of our site will not function correctly without them. [Close]

Following a year in which its seemingly endless round of acquisitions didn’t end, leading US TV group The E.W. Scripps Company has delivered Q4 2019 results that it says have met or exceeded expectations for the last nine consecutive quarters. 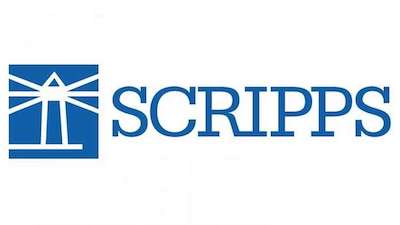 Total revenue for the quarter ended 31 December 2019 was $444 million 21% up on compared with $368 million in the fourth-quarter 2018. Income from continuing operations attributable to Scripps was $10.7 million.

Revenues included $7.4 million from Triton, acquired in 2018, and those from the TV stations acquired from Gray Television/Raycom Media as well as those from Cordillera Communications and the Nexstar transaction with Tribune. These totalled $116 million. Political revenue in the non-election year was $15 million.

Pre-tax costs for the current quarter included $3.3 million of acquisition and related integration costs that decreased income by $2.5 million, net of taxes, or 3 cents per share. In the corresponding quarter a year ago, income from continuing operations was $36 million. Pre-tax costs for the prior-year quarter included an $8.9 million non-cash write-down of the company’s former original programme Pickler & Ben and $3.8 million worth of acquisition and related integration costs.

The 2019 full year was yet another busy one from a corporate perspective with the firm completing strategic television station acquisitions that it said positioned it as the fourth-largest independent local broadcaster, with 60 stations in 42 markets reaching 31% of US TV households and bolstering its economic durability.

Local Media division core advertising revenue, on an adjusted combined basis, rose nearly 5% in the fourth quarter of 2019 compared with a year earlier. Political advertising of $15 million exceeded our expectations due to strong spending on Kentucky, Louisiana and Virginia state races as well as early 2020 Senate and presidential election spending.

National Media division revenue neared the $400 million threshold for 2019 as it builds to well over $500 million in revenue in 2021. The US business lines showed strong contributions to full-year growth: the Katz networks, with a 22% year-over-year revenue increase; Stitcher, with a 42% increase; Newsy; with a 75% increase; and Triton, the digital audio software-as-a-service business, rose 16% on an apples to apples basis as if we had owned it for all of fourth-quarter 2018.

Commenting on recent business highlights, Scripps president and CEO Adam Symson said: “Last quarter, our national businesses blew past the $100 million milestone in quarterly revenue through strong contributions from Katz, Newsy, Stitcher and Triton. Each of these four businesses is a leader in a fast-growing marketplace and is contributing to expanding division margins and creating new shareholder value by capitalising on consumers’ changing media behaviours.”

Looking forward, Scripps said that it expected its National Media division to run ahead of our previous revenue targets of $500 million in 2021. In addition it said that during the first half of 2020, it would renegotiate retransmission consent contracts covering about 40% of its subscriber households.