Leonine acquires world sales rights to Herzogpark | Deals | News | Rapid TV News
By continuing to use this site you consent to the use of cookies on your device as described in our privacy policy unless you have disabled them. You can change your cookie settings at any time but parts of our site will not function correctly without them. [Close] 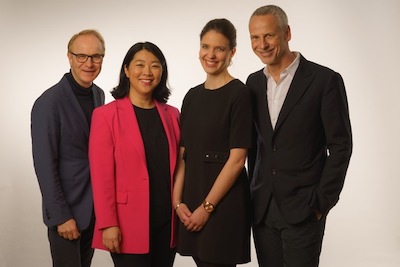 Named after Munich’s luxury residential neighbourhood, Herzogpark is based on the story of four women from Munich's upscale Herzogpark district where keeping secrets has become a life's work, a side effect of social survival. But when a murder is happening, the unspeakable threatens to come to the surface and the urge to protect the secrets becomes the force that drives the women to the edge and therefore straight to the truth.

The series is currently in development. Shooting is scheduled to start in spring 2021.
Leonine is handling the international distribution of the society dramedy, while the rights for all German-speaking territories are held by the Mediengruppe RTL Deutschland.

Commenting on the deal, Leonine CEO Fred Kogel said: “Herzogpark represents what we consider to be premium content. It is a great project for the expansion of our international sales unit and we look forward to working with such outstanding producers as Michael and Yoko and the excellent creative team behind the series.”

“We are very happy to be working with Fred Kogel, Cosima von Spreti and the great team of Leonine,” added Michael Lehmann, chairman of the board of directors of Leonine parent Studio Hamburg Production Group. “We hope that our collaboration on Herzogpark will be the beginning of a strategic and creative partnership for the future.”