Sky Studios inks multi-year partnership with The Apartment | Deals | News | Rapid TV News
By continuing to use this site you consent to the use of cookies on your device as described in our privacy policy unless you have disabled them. You can change your cookie settings at any time but parts of our site will not function correctly without them. [Close]

Global producer and distributor Fremantle’s recently-set up Italian subsidiary The Apartment has inked a new multi-year development and production partnership with Sky Studios. 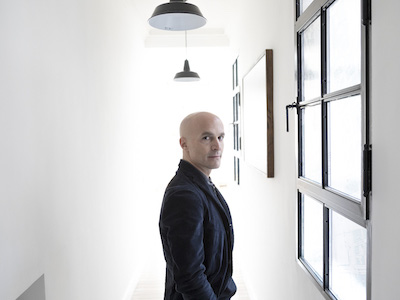 The new firm has gained momentum since January 2020 when Lorenzo Mieli (pictured) — co-founder of Fremantle’s Wildside and producer behind hit shows such as Paolo Sorrentino’s recently aired The Young Pope and My Brilliant Friend — became CEO. The new label has been charged by Fremantle with focussing on the creation and development of global drama produced with international talent behind and in front of the camera.

Working together, Sky Studios and The Apartment say that they will focus on the creation and development of high-end global drama with a uniquely European sensibility.

Under the deal, Sky Studios will provide development funding for a minimum of three shows alongside a commitment to produce. The deal strengthens the relationship between Sky and Mieli who has produced a number of international hits for Sky and HBO such as The New Pope and Luca Guadagnino’s We Are Who We Are.

Commenting on the deal, Mieli said: “Signing this contract is first of all a beautiful way to seal a long-standing and much-valued professional relationship...years of work with a company and with people who have an enlightened and enlightening vision of our sector. Together we turned the idea of producing high quality international series from Europe into a concrete reality, creating a new scenario in a constantly evolving market. For these reasons I am so proud that this agreement with Sky Studios is the first we announce for The Apartment, in the evolving content market we are living in it is crucial to work with partners that share our same creative vision.”

Added Sky Studios CEO Gary Davey: “Over the past few years, we have developed a strong creative partnership with Lorenzo Mieli and the time is now right for both The Apartment and Sky Studios to take our creative ambition to the next level. Lorenzo has a proven track record in bringing viewers sophisticated, international drama, working with world-class talent on both sides of the camera. I am excited about the projects we already have in the pipeline and can’t wait to bring them to Sky’s 24 million customers in Europe and beyond.”