CBS Reality retains leadership among UK adult women in 2019 | Ratings/Measurement | News | Rapid TV News
By continuing to use this site you consent to the use of cookies on your device as described in our privacy policy unless you have disabled them. You can change your cookie settings at any time but parts of our site will not function correctly without them. [Close]

As it announced its 2020 Spring slate of new original true crime content, CBS Reality has announced that it closed 2019 by maintaining its position as the #1 factual entertainment channel in the UK amongst women aged over 16. 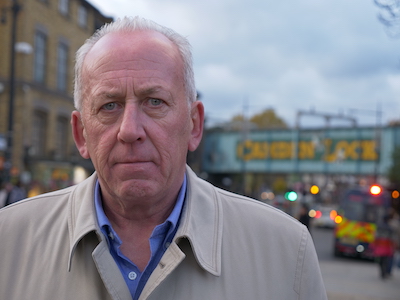 CBS Reality is part of the CBS UK channel portfolio — other channels included in the portfolio are CBS Justice, CBS Drama and Horror Channel — and showcases original true crime programming.

The company has released ratings showing that seven out of the top ten individual broadcasts in 2019 were CBS Reality original productions, each generating over 200,000 adult viewers. The channel was said to have delivered 1.2% of the UKs adult commercial TV audience in 2019 and attracted six million adults every month. CBS Reality was also said to have delivered its highest ever share of adult commercial impacts in 2019 with a 2.73% share of commercial impacts (SOCI), up 1.5% on 2018.

The most popular titles include Donal MacIntyre’s Murder Files, The Real Prime Suspect, Evidence of Evil, Voice of a Killer.

“These achievements underscore the commitment we have to delivering compelling original true crime programming on CBS Reality, featuring genuine experts who lived and breathed the cases we investigate,” said Sam Rowden, director of programming, CBS Channels, commenting on the ratings. “Our 2020 slate of original productions consists of brand new and returning series, which will build on the strong viewership of the channel.”

The new slate includes a new 10-part true crime series New Scotland Yard Files which is said to cover the most mysterious and intriguing murders in London. In the series, New Scotland Yard detectives open their files to tell the inside stories of how they caught some of the capitals most notorious killers. Each episode of the series uses the ITN Productions archive and uses reconstructions and in-depth interviews to take viewers through a murder investigation in detail, to reveal how police finally identify and catch the killer.

The series is presented by former New Scotland Yard detective Peter Bleksley (pictured), who is said to bring unique insight into the workings of murder investigations, with additional contributions from the journalists who covered the stories as they unfolded, criminologists who analysed the methods and motives of the murderers and forensic specialists.

Commenting on the new show, ITN Productions executive producer Sarah-Jane Cohen said: “The detectives we worked with gave us details of the investigations and evidence previously only seen in court, so viewers will get a unique insight into the way New Scotland Yard solved these high profile murders. Audiences will get a real sense of their tenacity in following each lead and gathering every detail until they finally identify the killer. As one detective says, Its the ABC of the detective world, accept nothing, believe nobody and challenge everything.

New Scotland Yard Files will premiere on 12 March and CBS Reality will also air two returning series that month. These include season two of The Real Prime Suspect and season three of Evidence of Evil.