Operating income, revenues fall in disappointing fiscal 2019 for Liberty Global | Major Businesses | Business
By continuing to use this site you consent to the use of cookies on your device as described in our privacy policy unless you have disabled them. You can change your cookie settings at any time but parts of our site will not function correctly without them. [Close]

In what the company somewhat euphemistically called a ‘transformational year on many fronts’, Liberty Global has announced disappointing results for 2019 with noticeable falls across major business operations. 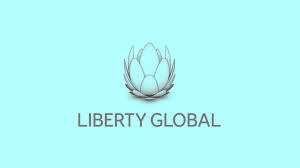 Looking at the key existing subsidiaries, Virgin Media in the UK recorded 9,400 net customer losses for the fourth quarter, compared with 9,000 additions a year earlier. For the year as the whole, the company had 7,100 net additions, less than a tenth of those made in the full year of 2018. Significant net losses, 42,900 and 73,600, were recorded in Belgium and Switzerland. However, these were marked improvements on the figures for 2018.

Assessing the yearly results, CEO Mike Fries remarked that even though the company expected what he called ‘unavoidable headwinds’ in 2020, he believed the medium-term outlook in the UK, Liberty Global’s largest market, remains attractive, especially as it evaluated strategic options for value creation with a beefed up management team. He also noted that a focus on fixed-mobile convergence drove record mobile subscription growth in 2019.

The Swiss market was also seen as remaining ripe for fixed-mobile convergence over the medium term, and in addition to organic growth, Liberty said that it would consider other strategic options in due course.

Fries also noted that Liberty Global had accelerated its gigabit broadband rollouts to more European homes and businesses giving customers access to 1 gigabit download speeds. Fries claimed that 5G offers, such as those Virgin has through a partnership with operator Vodafone, combined with its fixed-line gigabit broadband speeds, and fixed mobile conversion bundles placed Liberty in an ‘enviable’ position.