Ofcom appoints new chief executive | Major Businesses | Business | News | Rapid TV News
By continuing to use this site you consent to the use of cookies on your device as described in our privacy policy unless you have disabled them. You can change your cookie settings at any time but parts of our site will not function correctly without them. [Close]

In an appointment that has the most profound significance given the flux of both major parts of the regulator’s remit, the UK’s broadcast and telecommunications regulator Ofcom has announced Dame Melanie Dawes as its new chief executive. 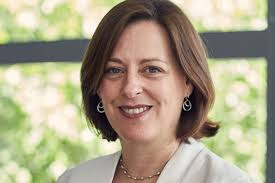 Dame Melanie (pictured) has been permanent secretary at the ministry of housing, communities and local government since 2015 and will take up her new position in early March. She started her career as an economist and spent 15 years at the UK Treasury, including Europe Director. She was director general of the economic and domestic affairs secretariat at the UK Cabinet Office between 2011 and 2015, and prior to that she served on the board of HMRC as head of business tax.

“I am delighted that the Secretary of State has approved Ofcom’s appointment of Dame Melanie Dawes as the next chief executive of Ofcom,” commented Ofcom chairman Lord Burns. “The Government’s statement that it is minded to appoint Ofcom as the regulator for online harms is a vote of confidence in Ofcom’s expertise. I know Melanie will do a fantastic job of leading the organisation and maintaining its strengths.”

Top of Dawes’s in-tray will be forthcoming legislation regarding the rollout of a UK-wide full fibre broadband network and the expansion of mobile coverage to so called hard to reach places.

Yet perhaps most importantly from a broadcast perspective, Dawes will be dealing with the arrival of a new Director General at the BBC following the announcement of the departure of Tony Hall this comig summer and will need to have a steady hand at the tiller in navigating the regulatory body in a new political landscape.