Swedish streaming market begins to saturate
By continuing to use this site you consent to the use of cookies on your device as described in our privacy policy unless you have disabled them. You can change your cookie settings at any time but parts of our site will not function correctly without them. [Close]

Research from Nordic analyst Mediavision has found that while 54% of all households in Sweden at the end of 2019 subscribed to at least one online video streaming service, annual growth was sluggish to the point of suggesting that the market may be maturing. 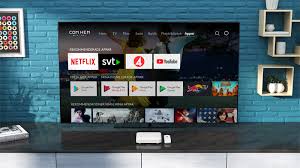 Following several years of strong growth in uptake of SVOD subscriptions in Sweden, Mediavision tracked a slowdown in the 2019 full-year development. Netflix´s customer base remained stable at 1.6 million subscribers during 2019 but the launch of Apple TV+ did not increase the number of streaming households considerably. This said the analyst implies that the video streaming market was approaching maturity.

Yet the study also showed that service stacking was a real phenomenon and increasingly steadily. Mediavision noted that several new streaming services were set for launch in 2020 and that these could push the market into a new wave of growth.

Making the point, Mediavision noted that several new services were entering the market. It cited Sweden’s Tele2's recently launched Com Hem Play+ and the soon to launch in the Nordics Disney+.

Mediavision said that for the actors in the market, global as well as local, continued growth of the customer base is essential. Content costs were reaching new record-levels, also implying that customer growth is increasingly important moving into the new decade.

“The streaming market in Sweden has, after several years of strong growth, slowed down significantly during 2019,” said Mediavision CEO Marie Nilsson. “For the actors, global as well as local, this means increased competition. If household penetration doesn’t pick up, the players must rely on stacking in order to grow. But since we know that the starting field this year is strong, it is still too early to make any prediction about the outcome of 2020.”