Starz, Lionsgate ink UK output deal for split theatrical streaming window | VOD | News | Rapid TV News
By continuing to use this site you consent to the use of cookies on your device as described in our privacy policy unless you have disabled them. You can change your cookie settings at any time but parts of our site will not function correctly without them. [Close]

Six months after debuting on Amazon Prime Video in the territory, Lionsgate first-run films will now be available on the Starzplay streaming service in the UK. 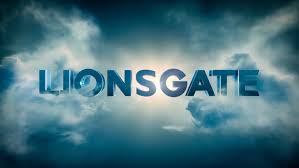 The multi-year agreement will see Starzplay subscribers in the UK access Lionsgate first-run movies including the blockbuster original film Knives Out, which has grossed nearly $300 million worldwide; Bombshell, which has earned three Academy Award nominations; hit titles such as Angel Has Fallen and Rambo: Last Blood along with Lionsgate UK’s The Personal History of David Copperfield and Military Wives. Lionsgate’s feature film slate grossed nearly $1.3 billion at the global box office in 2019.

“One of our top priorities is to supply Starzplay with a deep roster of exciting Lionsgate content that complements their original programming and third-party acquisitions as they continue to launch their service around the world,” explained Lionsgate president of worldwide television and digital distribution Jim Packer commenting on the new deal.

“This agreement reflects a thoughtful and flexible approach to our windowing strategies while building value through the continued combination of our IP creation and platform distribution capabilities.”

“We’re delighted to bring Lionsgate’s slate of star-driven and critically-acclaimed feature films to our UK subscribers,” added Starz executive vice president of international digital networks Superna Kalle. “Offering consumers great content is key to growing our subscriber base as we continue our international rollout, and this partnership only scratches the surface of what Lionsgate and Starz can achieve together.”
Tweet