Continued growth in premium video ad views, addressable TV | Ad Tech | News | Rapid TV News
By continuing to use this site you consent to the use of cookies on your device as described in our privacy policy unless you have disabled them. You can change your cookie settings at any time but parts of our site will not function correctly without them. [Close]

The European-focused Q3 2019 Video Marketplace Report (VMR) from advertising management solution provider FreeWheel has seen the industry capitalise on the rise of premium video by investing in connected TV and mobile. 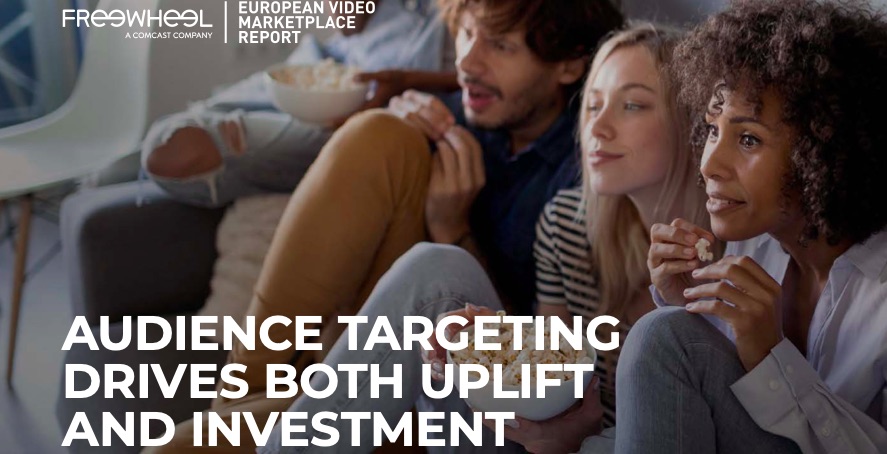 The report revealed a continued upward trend in premium video with ad views increasing 10% year-on-year. This rise is said to be driving investment in growth platforms such as connected TV (CTV) and mobile.

In addition, interest in addressability was found to be growing across all verticals with the share of audience-targeted ad views increasing 54% year-on-year. FreeWheel noted that agencies use data-driven, audience-based TV ads to deliver hard to reach audiences, reduce wasted impressions, and improve cost efficiencies, but targeted ads are also more engaging with completion rates 74% higher than non-targeted ads. The report says that audience targeting is predicted to escalate in 2020, enabled by regulatory change.

Premium video audiences were found to be continuing to favour the immersive big-screen experience, with combined connected TV and set-top box (STB) viewing accounting for 43% of ad views. STB was seeing strong growth with ad view share increasing by 28% year-on-year. FreeWheel added that the convenience of mobile ensures it remains a popular alternative, accounting for 34% of ad views. The share of premium video ads viewed on desktop decreased 15% year-on-year to just 23%.

The report also found that the vast majority of ads are executed through direct deals with direct’s share of ad views increasing 32% year-on-year to 85%. The majority of premium video ads were viewed with full episode content and ads were most likely to be served with live content on STB and with video clips on desktop. The volume of video ads viewed on distributor, rather than publisher, platforms increased 18% year-on-year, with distributor share of ad views reaching 84%.
FreeWheel said that fundamentally publishers, operators and tech vendors were working together to drive audience targeting and to establish compliance and comparability standards. The researcher cites ITV’s partnership with Amobee, Liberty Global joining forces with Cadent, AT&T’s purchase of AppNexus and Xandr’s acquisition of Clypd as examples of collaboration, along with the Project OAR initiative to create open standards for addressable TV.

Commenting on the Q3 2019 Video Marketplace Report, FreeWheel general manager international Thomas Bremond said: “Measurement is a team sport, so it’s fantastic to see collaboration between commercial competitors driving the progress of addressable TV and the continued expansion of premium video. Adoption of ATSC 3.0 and HbbTV 2.0 is still relatively low, but ultimately these new standards will enable advertisers to execute addressable advertising at device or household level more effectively than ever before.”