Viacom International Studios strikes co-production deal with Diagonal TV | Programming | News | Rapid TV News
By continuing to use this site you consent to the use of cookies on your device as described in our privacy policy unless you have disabled them. You can change your cookie settings at any time but parts of our site will not function correctly without them. [Close]

In its first ever co-production in Spain, Viacom International Studios (VIS) is to work with Endemol Shine Iberia’s fiction production company Diagonal TV on the development of scripted TV series La Novia Gitana (The Gypsy Bride). 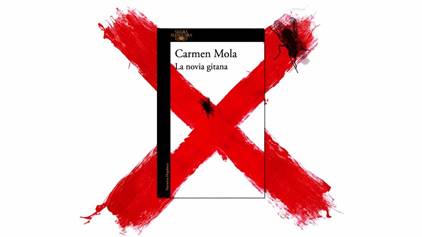 The series is based on the bestseller by Carmen Mola which has sold more than 100,000 copies and has become a best-seller distributed in seven countries. Mola, pseudonym for a mysterious writer, narrates the criminal investigation around “gipsy bride” Susana Macaya’s death. Educated in a non-gypsy environment, Macaya disappears after her bachelorette party.

When her body turns up, Elena Blanco, the inspector in charge of the case, discovers that Susana was brutally tortured and that her sister Lara, also soon to be married, was murdered in the same manner seven years before. Inspector Elena Blanco has to raise every fold of the Gypsy Bride’s veil to get to the truth, but with Lara’s killer in prison, there are only two options left: there is either a copycat around or an innocent man in jail.

“It is really exciting to be part of a project based on such a successful story, and working with Diagonal TV and Endemol Shine Iberia makes it even more promising,” affirmed Laura Abril, SVP editorial multi-brand ViacomCBS Networks Iberia and head of the VIS hub in Madrid. “This is a high quality production with a great international potential, a perfect fit for our strategy and vision: investing in content with both local resonance and global reach.”

Diagonal TV CEO Jaume Banacolocha added: “We at Diagonal TV are thrilled to confirm this partnership with ViacomCBS on such an exciting project. We look forward to working together for many years to come and are excited for what the future holds for this collaboration.”
Both companies have already started working on the project.